A suspect was taken into custody after leading LAPD officers on a pursuit in the South Los Angeles area.

LOS ANGELES - A suspect who officials say was driving a stolen red Cadillac was taken into custody after leading police on a pursuit through South Los Angeles Friday morning.

The chase was reported just before 5 a.m. 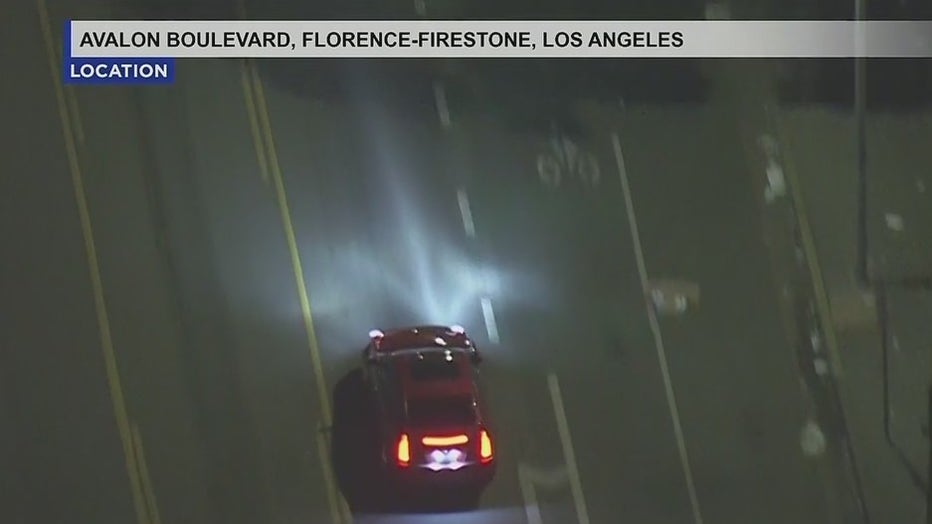 The pursuit began on surface streets in a residential area before moving to the 105 Freeway. The suspect proceeded to exit off surface streets and ran multiple red lights before merging onto the 110 Freeway.

At one point, the suspect had a recorded speed of 130 mph.

The suspect came to a stop shortly before 5:30 p.m. near Manchester Avenue and the 110 Freeway where he was taken into custody by officers with the Los Angeles Police Department.