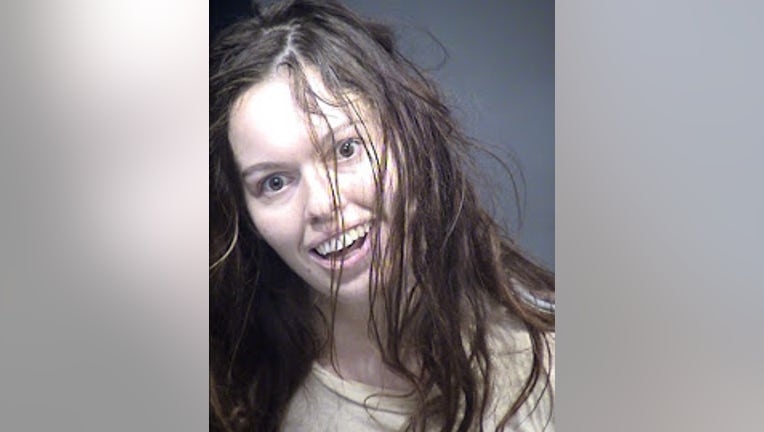 MESA, Ariz. - The Mesa Police Department said an officer attempted to pull over a speeding driver on Feb. 1 and the driver reportedly said she didn't pull over "because I felt like it was the right thing to do."

At around 2 p.m., an officer said he saw Hannah Clevenger driving near Alma School Road and University Drive at speeds up to 70 mph.

She was reportedly weaving in and out of her lane. The officer tried to pull her over with lights and a siren, but she allegedly looked at him in her driver's side mirror and continued on.

"Finally, the vehicles approached a red light and Hannah stopped her car. The officer got out of his vehicle and tried to engage Hannah, who stared at him without saying a word. When the light turned green, Hannah continued to drive away from the officer," police explained.

The next day, she was found at home and arrested on suspicion of felony unlawful flight from law enforcement.

"Hannah told the officer that she remembered who he was and that she did not stop for him 'because I felt like it was the right thing to do,'" police said of their conversation with Clevenger.