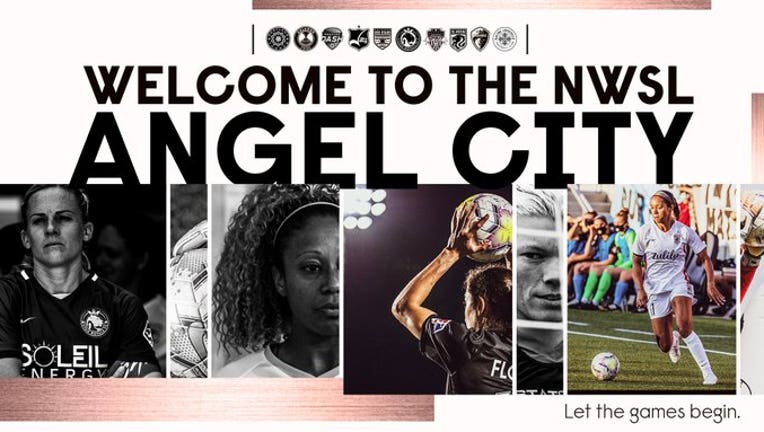 LOS ANGELES - The National Women's Soccer League announced Tuesday that a majority woman-founded group led by Academy Award-winning actress Natalie Portman and including Serena Williams has secured the exclusive right to bring a professional women's soccer team to Los Angeles to kick off in Spring 2022.

While the team's official name and venue partner will be announced before the end of the year, the group has formally coined itself "Angel City'' in honor of its planned home in Los Angeles, the league said in a statement.

"Today we take an exciting step by announcing the first women majority-owned and led ownership group,'' said Portman, who praised her investment partners. "I am thrilled by the opportunity to partner with this incredible group of people to bring a professional women's soccer team to Los Angeles. Together, we aim to build not only a winning team on the field, but also to develop a passionately loyal fan base."

"The growth trajectory of the NWSL is incredibly exciting, but we also need to be strategic and thoughtful about how fast we expand and the communities we partner with," NWSL Commissioner Lisa Baird said. "We've long sought the right partner in LA considering the NWSL fanbase that already exists in the region and the massive interest in women*s soccer in general. Those factors, along with an incredible ownership group make this an ideal situation and we couldn't be more thrilled to move forward."

Uhrman announced that the founding group had formed a partnership with the LA84 Foundation "to help us build out our community relations foundation from the very start.'' The foundation is a nonprofit institution created by the Los Angeles Olympic Organizing Committee to manage Southern California's endowment from the 1984 Olympic Games.

Portman added: "We also hope to make a substantive impact on our community, committing to extending access to sports for young people in Los Angeles through our relationship with the LA84 Foundation. Sports  are such a joyful way to bring people together, and this has the power to make tangible change for female athletes both in our community and in the professional sphere.''