GRAND PORTAGE, Minn. (FOX 9) - A St. Paul, Minnesota man's dismembered body was found in a tote and a bucket in Lake Superior over the weekend, according to charges filed last week.

Dive teams working with investigators located the remains of Richard Balsimo, 34, in the lake off the coast of Grand Portage last Thursday and Friday, the Minnesota Bureau of Criminal Apprehension said in a news release. The Midwest Medical Examiner determined he died of "homicidal violence," but additional details regarding his cause of death remain under investigation.

He was last seen in St. Paul on June 20. The St. Paul Police Department reported him missing last Tuesday. 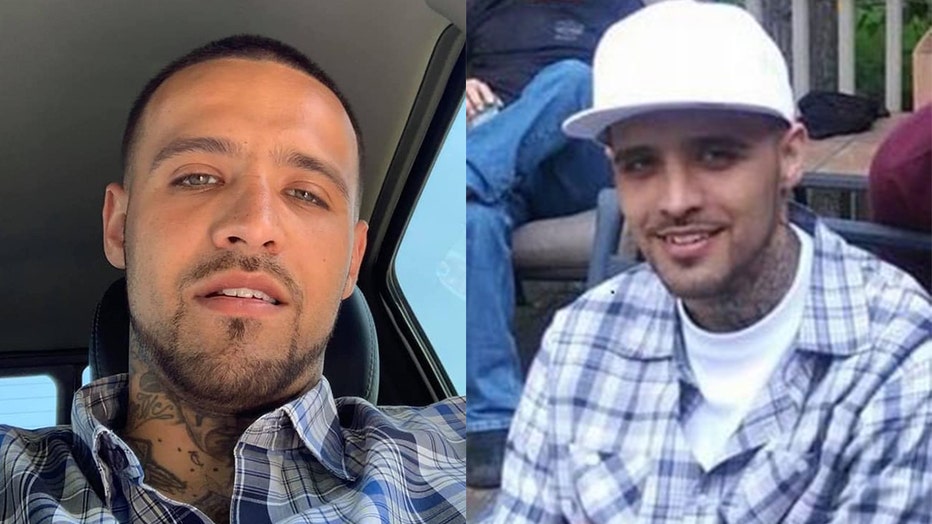 The Cook County Attorney’s Office charged Robert West, 41, of Duluth with one count of aiding an offender and one count of interference with a dead body for his role in Balsimo’s death. The BCA says additional charges are expected.

According to charges, the Douglas County Sheriff’s Office in Wisconsin contacted the BCA last week after learning Balsimo was likely murdered and dismembered on June 20 and his body was placed in 5-gallon buckets in Lake Superior.

A witness who had information about Balsimo agreed to speak with the BCA. She told investigators that they had met up with West and a 35-year-old man at West’s house on June 20. The 35-year-old man appeared nervous about something he was carrying in his car being discovered. Later, the woman noticed bullet holes in the passenger seat of the man’s vehicle.

West asked her if she knew anyone with a boat, telling her he wanted to go fishing. She contacted a commercial fisherman she knew in Grand Portage who owned a boat.

The woman and West drove to Grand Portage in two separate vehicles. When they stopped at a camping area outside Grand Portage, the witness asked West whether he was paranoid about something and West replied, "Ya, with a dead body in the back," the charges say.

They met the fisherman in Grand Portage late on June 22 and West told them he had some of his grandmother’s valuables he wanted to dump into the lake. The following day, the witness reportedly overhead a conversation about "three buckets." West then told her Balsimo’s body was "chopped up" in a camper and that the 35-year-old man they had been with the other day had shot Balsimo "in self-defense," according to the charges.

A BCA agent interviewed the commercial fisherman last Thursday, who told them that West asked him to boat him into Lake Superior. The fisherman saw West drop two 5-gallon buckets on one large tote, which he said contained the body of a dog, into the lake.

The fisherman helped investigators locate the area in Lake Superior where West dumped the containers. BCA agents recovered a tote and a 5-gallon bucket from the floor of the lake. According to the charges, the tote contained a "male human torso with arms, legs and head removed. The torso appeared to have a bullet wound."

West, while in custody in Douglas County, Wisconsin on unrelated charges, asked to speak with law enforcement. He confessed to coming up with the plan to dispose of Balsimo’s body and assisting in the effort to dismember him.

West remains in custody in Douglas County on unrelated charges. The Cook County Attorney’s Office has requested a warrant for his arrest.

The BCA, with assistance from several other agencies, is continuing to investigate Balsimo’s death. Investigators do not believe there is an ongoing threat to public safety.