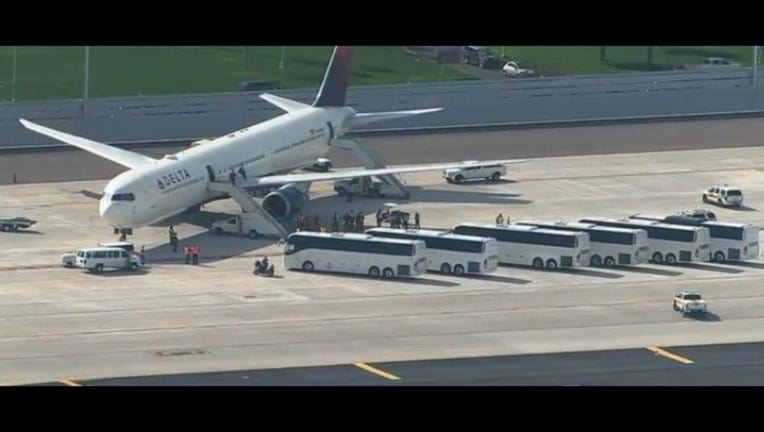 BOSTON (AP) - The New England Patriots are heading home after their 28-24 victory over the Seattle Seahawks in the Super Bowl.

The team tweeted that it will be leaving Arizona and arriving at Boston's Logan International Airport at around 7 p.m. Monday.

The Patriots return to a region weathering another major snowstorm expected to bring a foot of new snow.

The organization says it hopes to have the team down at Gillette Stadium in Foxborough by about 8 p.m.

Boston Mayor Martin Walsh says a parade through downtown Boston will kick off at 11 a.m. Tuesday from the Prudential Center and end at City Hall.

The Patriots won their fourth Super Bowl championship by defeating the defending champion Seahawks in a close game in Glendale, Arizona.