What is the Veterans Memorial Preservation and Recognition Act?

A look at the Veterans Memorial Preservation and Recognition Act of 2003.

WASHINGTON - President Donald Trump authorized the arrest of anyone vandalizing or destroying monuments, statues or other such federal property in the United States.

He claimed violators could face up to a decade in prison, in accordance with the Veteran's Memorial Preservation Act.

In the wake of high racial tensions and social unrest after the death of George Floyd, protestors have targeted Confederate statues and monuments across the country. 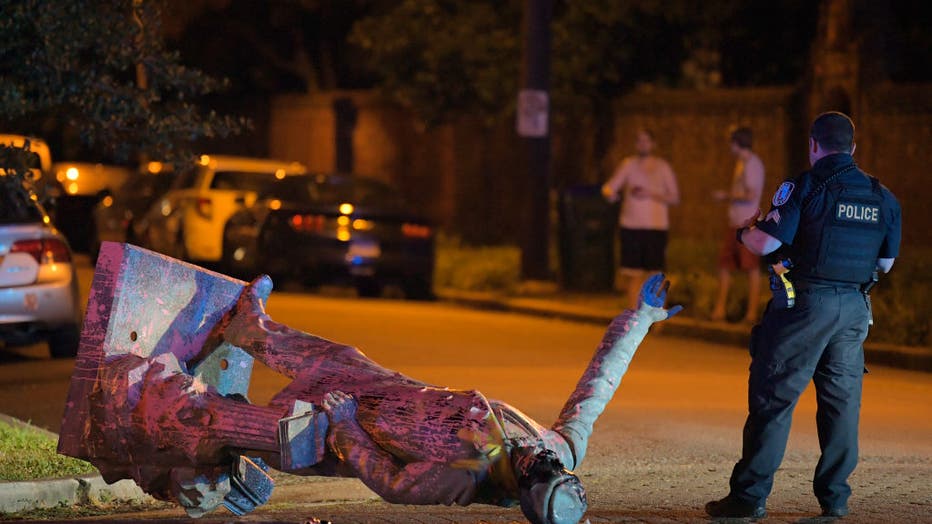 A Richmond police officer stand by the statue of Confederate President Jefferson Davis after it was pulled down off of it's pedestal on Monument Avenue in Richmond, VA on June 10, 2020. (Photo by John McDonnell/The Washington Post via Getty Images)

Many cities have ordered them removed, but many protestors have tasked themselves with their removal.

Trump said his authorization is to take effect immediately and may be applied retroactively to those statues already removed.

Trump said Monday night that he will sign an executive order meant to protect public statues and monuments in general from being damaged or destroyed, FOX News reported.

"We are going to do an executive order and make the cities guard their monuments," Trump told Eternal Word Television Network's Raymond Arroyo. "This is a disgrace."