PHOENIX - Many have seen the stunning time-lapses taken by Valley photographer Mike Olbinski, in addition to his photos of ominous clouds, dust storms and epic displays of lightning.

Olbinski, who has been documenting incredible visuals of Mother Nature for 10 years, says the feeling of seeing his work in different places never gets old.

"It never gets old because for me, this is something that I love to do more than anything," said Olbinski.

His work has increasingly gained a lot of attention online, and now, some of his footage is featured in Pearl Jam's video called "Dance of the Clairvoyants"

"I had a friend tag me on Twitter saying, 'Mike! Is your storm footage in this Pearl Jam video that just came out today? Because it looks familiar!" Olbinski said. "I didn't even know it was coming out, so I watched it and saw five clips of mine."

"I feel like sometimes, a music video where you are seeing people and the singers and stuff, maybe not distracting, but using visuals, storms and stuff, can tell a different story. It's just a different way to do it," said Olbinski.

Olbinski said it's not the first time his weather footage has been featured in a music video.

"I had a second and a half of footage in the Blake Shelton video God's Country, and it was so fast," said Olbinski. "They flash between these clips so if you blink, you'll probably miss it."

For Olbinski, he's just happy people are taking an interest in his passion.

"It's still, like, amazing to me that this stuff that I like to do and work so hard to get, other people also see it as something they can use for whatever they're making," said Olbinski. 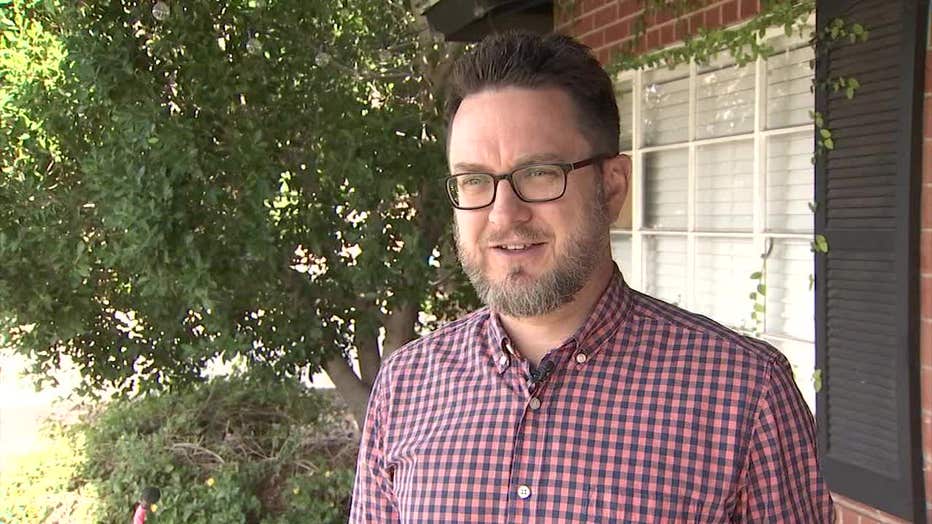 Pearl jam will be performing in Phoenix in April, but it's not likely Olbinski will be attending. He said he's likely to be storm-chasing around that time.