A class-action lawsuit was reportedly filed by Phillip Williams, a vegan, claiming the plant-based alternative was contaminated by meat byproducts because it was cooked on the same apparatus as beef.

ATLANTA - A group of vegans is claiming it’s impossible to have it their way at Burger King.

A class-action lawsuit was reportedly filed by Phillip Williams over the restaurant's alleged cooking practices concerning the new Impossible Whopper.

Williams, a vegan, is claiming in the lawsuit that his Impossible Whopper – a plant-based alternative to the chain’s classic beef Whopper – was contaminated by meat byproducts because it was cooked on the same apparatus as beef Whoppers, according to court documents obtained by TMZ.

According to Williams, who reportedly purchased the fake-meat burger in Atlanta, Ga., vegans all over the country are outraged at the fast-food chain’s cooking practices, which involve cooking the Impossible patties, beef patties and chicken in the same broiler, TMZ reports. 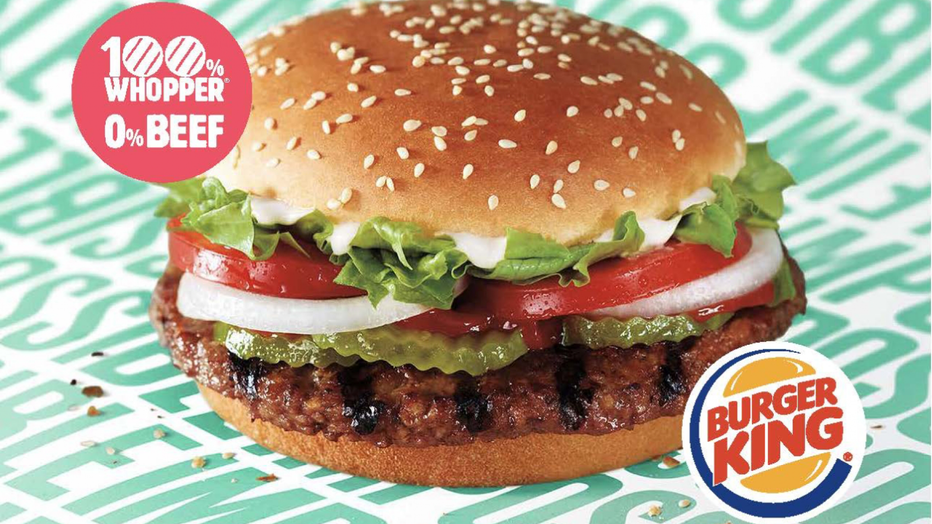 Burger King has shared that vegan or vegetarian guests can request their patties be prepared in an oven instead of in the broiler. (Photo credit: Burger King)

Williams further claims in the lawsuit that Burger King's menu makes no “disclosures on its menu” that the patty-cooking method would “result in meat by-products on the burger.” However, the fast-food chain did previously disclose that the (not entirely) vegan burger would be made in an “open kitchen environment” and provided an asterisk on the product’s official launch page warning consumers of its cooking methods.

Burger King also confirmed that vegan or vegetarian guests can request their patties be prepared in an oven instead of in the shared broiler.

In his lawsuit, Williams is seeking damages and requesting Burger King cook the Impossible Whopper on an entirely different grill.

The Impossible Whopper rolled out to restaurants across the country back in August.