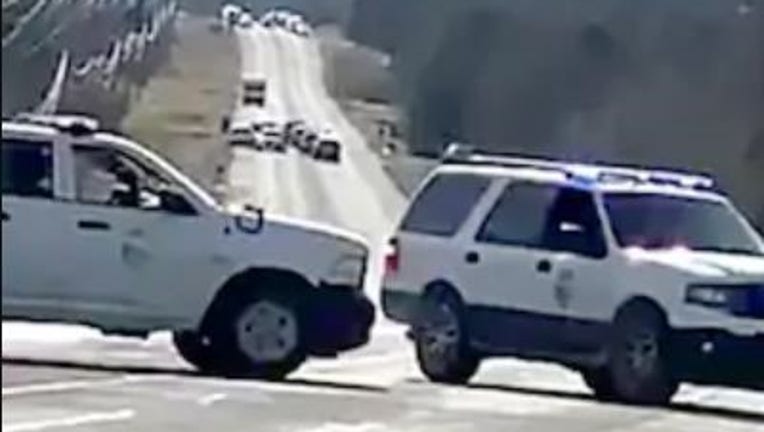 Police in Rutherford and Wilson counties in Tennessee are investigating a white box truck parked outside of a local convenience store playing audio "similar to what was heard before the Christmas Day explosion in Nashville."

According to a statement by the Rutherford County Sheriff's Office, dispatchers received a call at about 10:30 a.m. regarding the truck, which was parked at Crossroads Market in Walter Hill.

Police said deputies located the truck, which had traveled from Rutherford County into Wilson County, and proceeded to make a traffic stop. The driver was then detained by police.

Wilson County police have closed Highway 231 South from the Cedars of Lebanon State Park to Richmond Shop road due to the suspicious vehicle.

As a precaution, nearby residents have also been evacuated from the active scene. An investigation by the sheriff’s office and the Tennessee Highway Patrol is currently underway.