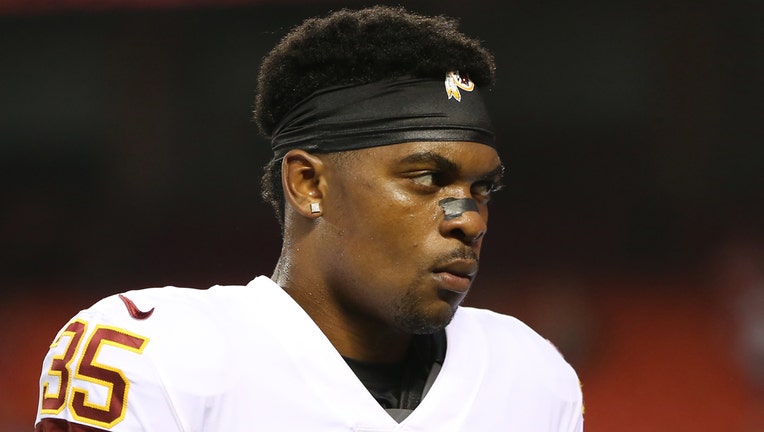 ASHBURN, Va. - Washington Redskins safety Montae Nicholson is cooperating with police, who are investigating the death of a 21-year-old woman at a Virginia hospital, according to a report.

TMZ says Nicholson has not been arrested, nor has he been charged with a crime.

TMZ reports that Washington Redskins safety Montae Nicholson is cooperating with police, who are investigating the death of a 21-year-old woman at a Virginia hospital.

The Loudoun County Sheriff's Office says they are investigating the death of a 21-year-old at a hospital in Ashburn.

Investigators say she died of a drug overdose.

They also noted that two men who brought her to the hospital left the area immediately, but were located and identified.

The Redskins offered this statement regarding the incident:

“We’ve been made aware of the tragic event and extend our deepest sympathies to the family who lost a loved one. Our team has alerted the league office and is cooperating with local authorities. We fully support law enforcement and respect their process as they investigate the matter."

According to TMZ, Nicholson did not participate in Redskins' practice on Thursday because of the investigation.

Nicholson was charged after video captured him in an altercation with another man at One Loudoun shopping plaza in Ashburn on Dec. 18, 2018. Charges against Nicholson in the case were dropped back in May.