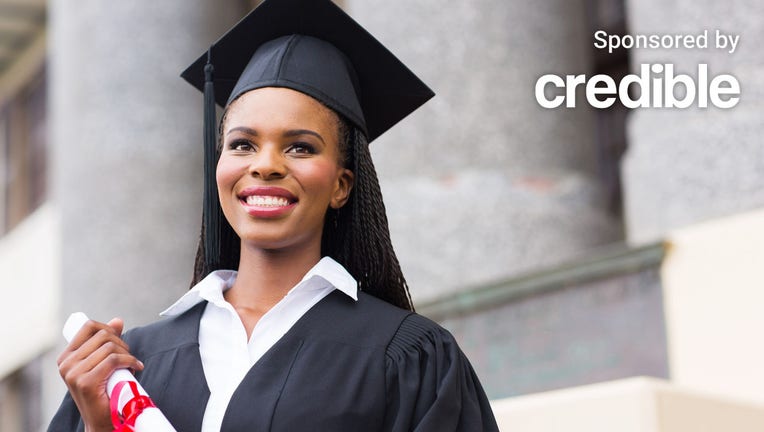 Since President Joe Biden took office in January 2021, hundreds of thousands of Americans have seen their student loan debt reduced – some of these borrowers have even had their balances reach zero.

While a significant portion of the population has benefited from federal student loan forgiveness, about 43 million federal borrowers still owe a total of $1.62 trillion worth of college debt, according to the Education Data Initiative. That's an average balance of $37,667 per federal student loan borrower.

However, many more Americans could soon see their student loan debt wiped out or reduced. The Biden administration announced on Aug. 24 that it will cancel up to $10,000 in student loan debt for federal borrowers and up to $20,000 in student loan debt for those who used Pell Grant loans for their education. To be eligible, borrowers must earn less than $125,000 per year or $250,000 for married couples. This action is expected to provide relief to 43 million borrowers including canceling the remaining debt balance for 20 million borrowers, according to the White House. It is also expected to equate to about $500 billion, according to the Committee for a Responsible Federal Budget.

Aside from the widespread forgiveness, the Biden administration has also canceled federal student loans for borrowers through programs such as disability discharge or borrower defense.

Who has qualified for student loan forgiveness under Biden?

The Department of Education has extended $32 billion worth of student loan relief to 1.6 million borrowers under the Biden administration through the following student loan forgiveness programs:

Learn more about each program in the sections below.

CAN AN INCOME-CONTINGENT REPAYMENT (ICR) PLAN HELP GET MY STUDENT LOANS FORGIVEN?

The total and permanent disability (TPD) discharge program offers student debt relief for borrowers who are totally and permanently disabled.

Qualified borrowers no longer have to repay their federal student debt, including Direct Loan Program loans, Federal Family Education Loan (FFEL) Program loans and Federal Perkins Loans. They also are not required to complete a TEACH Grant service obligation to have their loans forgiven.

Previously, borrowers had to apply for a TPD discharge, but the Education Department announced in August 2021 that these borrowers would automatically qualify for relief through an existing data match with the Social Security Administration (SSA). This resulted in about $5.8 billion in automatic student loan discharges during that time.

The Biden administration also reinstated $1.3 billion in TPD discharges in March 2021 for 41,000 borrowers who had not reported earnings information as part of this program.

If you have a total and permanent disability but haven't qualified for a TPD discharge, you may be able to apply for the program on the Federal Student Aid (FSA) website by providing documentation from your physician. And if you still don't qualify for a TPD discharge, visit Credible to compare alternative student loan repayment programs like refinancing. You can browse estimated student loan rates from private lenders in the table below.

WHAT TO DO IF YOUR STUDENT LOAN SERVICER IS SHUTTING DOWN

The Public Service Loan Forgiveness program (PSLF) offers federal student loan relief as an incentive for borrowers who work in a government or nonprofit profession. Eligible borrowers may have the remainder of their federal loan debt discharged after making 120 consecutive qualifying payments.

But the PSLF program came under fire for its abysmally low approval rate – 98% of PSLF applications were rejected since the beginning of the program. The Biden administration opened a public inquiry into PSLF, where borrowers called the program "broken" and "confusing."

After conducting a review of PSLF, the Education Department announced a significant overhaul to the program in October 2021. This limited waiver makes it easier for public servants like nurses and special education teachers to qualify for the program, as long as they move their federal loans into a Direct Consolidation Loan by Oct. 31, 2022.

The policy resulted in 22,000 borrowers becoming immediately eligible for $1.74 billion worth of loan forgiveness. So far, the Biden administration estimates that more than 175,000 borrowers have qualified for $9.6 billion in relief.

The department estimates that more than 550,000 borrowers will be, on average, two years closer to a loan discharge under PSLF thanks to these actions. In addition, borrowers who were previously denied PSLF are eligible to have their cases reviewed.

To meet the PSLF eligibility requirements, borrowers must work for a qualifying employer in a nonprofit organization or federal, state, local or tribal government setting. You can use the PSLF Help Tool to see if you're eligible. If you don't qualify for PSLF, you may be able to repay your student loan debt on better terms by refinancing.

Keep in mind that refinancing your federal loans into a private student loan would make you ineligible for PSLF in the future. You can learn more about student loan refinancing by contacting a knowledgeable loan officer at Credible.

Borrowers who qualify for these two programs may at times overlap. In some circumstances, borrowers who received a closed school discharge also qualified for student loan forgiveness under the borrower defense to repayment program.

Instances of forgiveness through the borrower defense to repayment program include when the Education Department announced in June 2021 that 18,000 borrowers who attended the now-defunct ITT Technical Institute would have $500 million worth of student loans discharged.

The Biden administration approved an additional 1,800 borrower defense claims in July 2021 for students of Westwood College, Marinello Schools of Beauty and the Court Reporting Institute. An additional 16,000 borrowers were approved for the program in February.

In August 2022, the Department of Education announced that it will discharge any remaining federal student loan debt for borrowers who attended ITT Technical Institute from Jan. 1, 2005 through its closure in September 2016. It will result in 208,000 borrowers receiving $3.9 billion in full loan discharges, including borrowers who have not yet applied for a borrower defense to repayment discharge.

The department is currently reviewing future rulemaking regarding borrower defense and held public hearings to receive feedback in June 2021. You can apply for borrower defense on the FSA website.

The most recent instance of closed school discharge was in June, when the department extended $5.8 billion in federal student loan debt relief to 560,000 borrowers who attended Corinthian Colleges between its founding in 1995 and its closure in 2015.

Prior to that in April, the department discharged $238 million in federal student loans for 28,000 former students of Marinello Schools of Beauty, including many who had not applied for borrower defense.

The Biden administration made these changes after a review of problems leading up to ITT's closure. The department found that the school had been misrepresenting the "true state of its financial health," allegedly misleading students into taking private student loans that were portrayed as grants.

"For years, ITT hid its true financial state from borrowers while luring many of them into taking out private loans with misleading and unaffordable terms that may have caused borrowers to leave school," Secretary of Education Miguel Cardona said in a statement.

Private student loans aren't grants, but they are a viable borrowing option for select student loan borrowers who have met the federal loan limits. You can learn more about these loans and compare estimated interest rates for free on Credible.