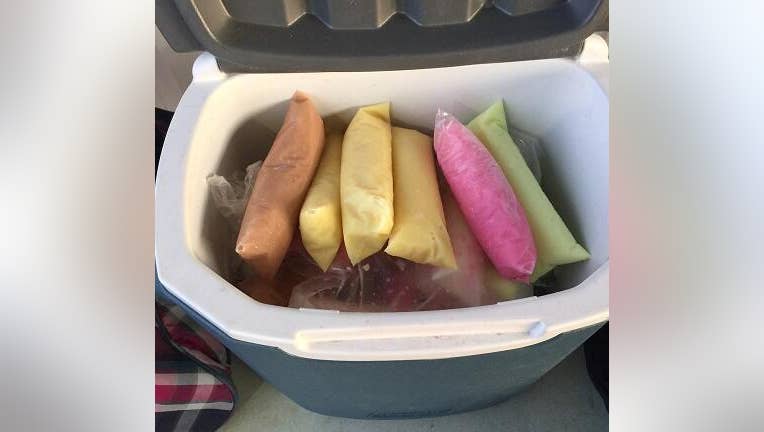 YUMA, Ariz. - Authorities say two people were arrested over the weekend after methamphetamine disguised as frozen ice pops was found in a vehicle near Yuma.

According to U.S. Customs and Border Protection, a 28-year-old woman and 38-year-old man were arrested Sunday afternoon after agents discovered a cooler containing meth that was disguised as brightly-colored bags of frozen ice pops.

A Border Patrol K-9 alerted agents to an odor that was coming from the vehicle.