About a dozen people were injured when a nitrogen tank exploded at the Beechcraft aircraft plant in Wichita, authorities said.

WICHITA, Kan. - About a dozen people were injured Friday when a nitrogen tank exploded at the Beechcraft aircraft manufacturing facility in Wichita, Kansas, causing part of the building to collapse, authorities say.

Fire Chief James Fromme said the explosion happened around 8 a.m. at the facility, which is in the eastern part of the city. A 4-inch natural gas line also was severed. He said he had no details on the severity of the injuries.

The cause of the blast is under investigation. 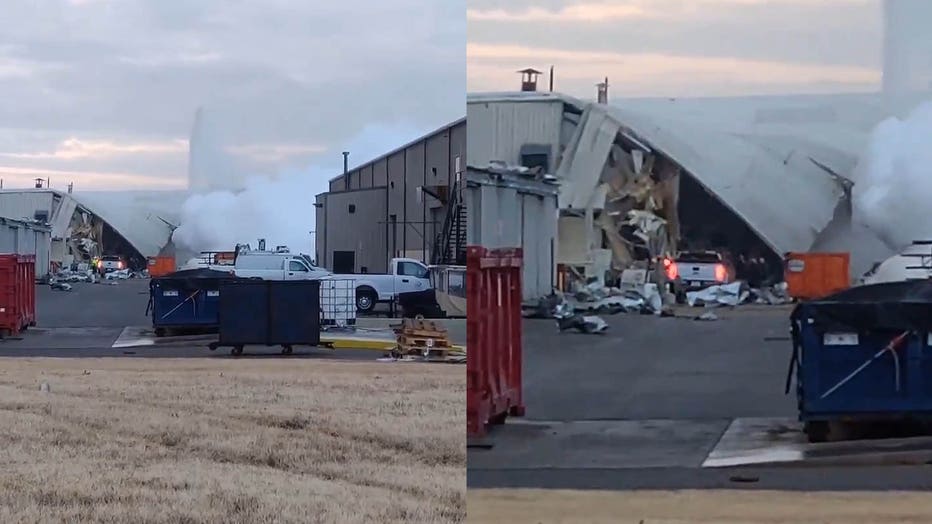 Screen grabs from a video show the explosion at the Beechcraft aircraft manufacturing facility in Wichita on Dec. 27, 2019. (Photo credit: Twitter / Shane Haberlein)

The explosion comes at a difficult time for the aircraft industry in Wichita, which is a major sector of the Kansas economy.

Boeing announced that it would suspend production of its troubled 737 Max jetliner in January, forcing the state to consider helping to pay workers at Spirit AeroSystems, which produces the jet's fuselages. And earlier this month, Textron Aviation announced that it would lay off an unspecified number of workers, most of them in Wichita.