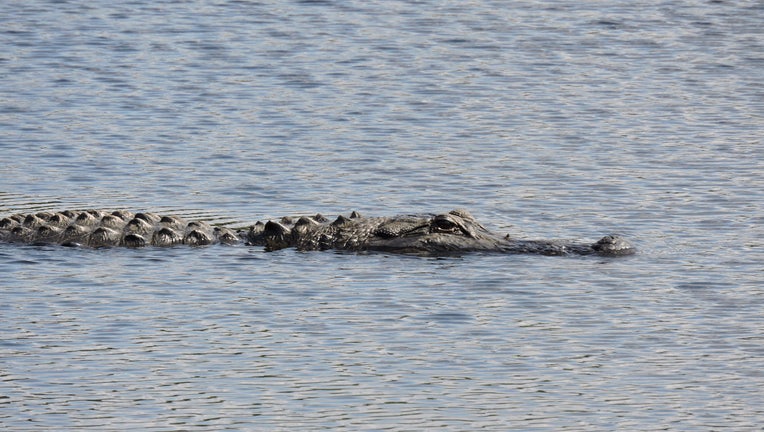 WINTER GARDEN, Fla. - A nearly 12-foot alligator reportedly attacked and killed a woman's dog while it was chasing ducks in Winter Garden.

Officials with Florida Fish and Wildlife confirmed to FOX 35 News that a resident was walking her dogs on the West Orange Trail when of them ran toward the water. That's when the dog was reportedly attacked and died.

"The Florida Fish and Wildlife Conservation Commission dispatched a contracted nuisance alligator trapper and removed the alligator," FWC said in a statement.

Resident Jeff Dyal posted on Facebook that the gator was 11 ½-feet and that it was his neighbor's large dog that was killed.

"Trust me it was terrible," he wrote. "I am in no way detouring people from enjoying the trail, or our natural Florida wildlife, just posting of the reality we all need to be cautious of outdoors."

Dyal posted that the gator was killed "as it was a direct threat to the community."

Get the news you need: Sign up for the FOX 35 Newsletter

FOX 35 News is reaching out for more details.