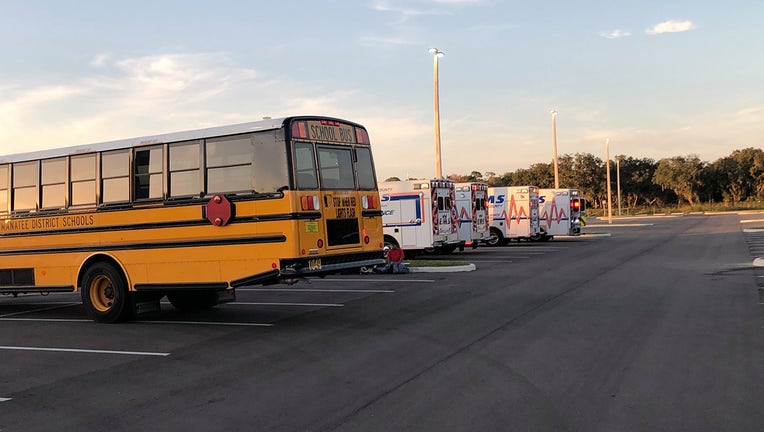 On Monday morning, a Manatee County school bus was evacauted after someone sprayed too much Axe body spray. (Parrish Fire District)

PARRISH, Fla. - There was a tad too much body spray discharged on a school bus in Parrish, Florida.

According to Parrish fire officials,  the incident occurred Monday morning. There were 15 students with “mild respiratory irritation." They were treated and released. First responders said an excessive amount of body spray was discharged on the bus – and it was all a prank.

Manatee County deputies said the bus cameras are being reviewed to determine who did it.

There were a total of 30 students on board. A second bus was used to transport them to a nearby school for parents to pick up their students.