Unrest in a country thousands of miles away can cause fuel cost to spike overnight, wreaking havoc on companies trying to get their products to consumers. It's one of the most frustrating and costly aspects of running a business, which gets passed on to the consumer in the price they pay for products. The solution to that problem may be Nikola Motors, which is purportedly the first hydrogen-powered truckmaker in the world. FOX 10's Kari Lake reports.

PHOENIX - Unrest in a country thousands of miles away can cause fuel cost to spike overnight, wreaking havoc on companies trying to get their products to consumers.

It's one of the most frustrating and costly aspects of running a business, which gets passed on to the consumer in the price they pay for products. The solution to that problem may be Nikola Motors, which is purportedly the first hydrogen-powered truckmaker in the world.

The company recently moved its world headquarters to Arizona.

"This machine is one of the largest in the whole world," said Nikola Motors CEO Trevor Milton. "You can mill a car, a boat a truck." 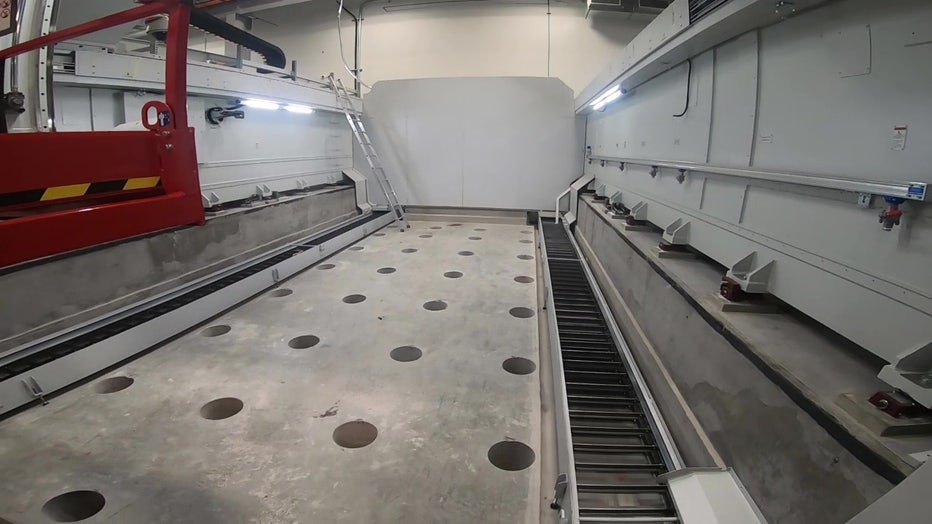 "Over here you see all the solar panels," said Milton. "Our entire building will be entirely zero emissions and free of energy for life, which is pretty cool." 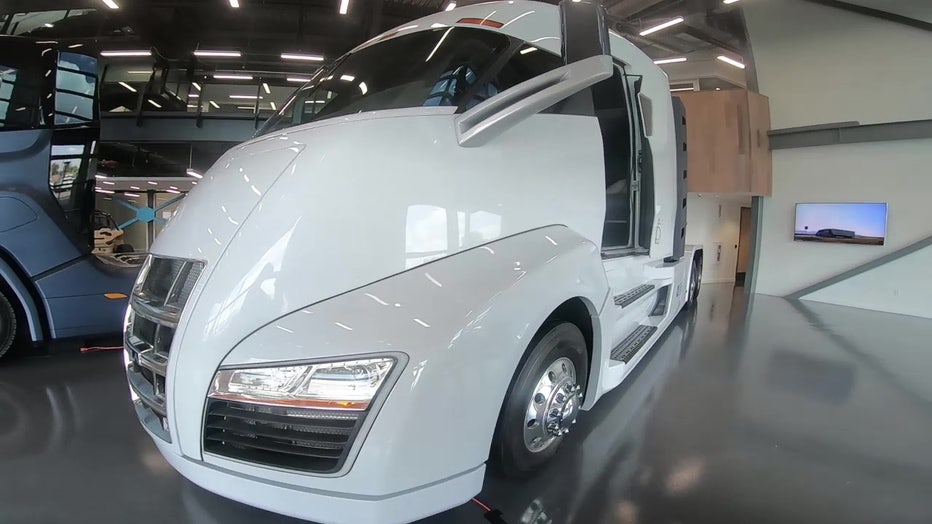 "The nice thing about hydrogen is it uses no earth resources," said Milton. "You can reuse hydrogen billions of times and it will never deplete by one atom. Not one."

It's the most abundant chemical element in the universe, which means a never-ending supply of clean energy. It can also solve transportation's biggest problems: pollution and cost.

"The fleets are coming to us saying 'look, we are so tired of diesel prices fluctuating that we cannot hedge or bet what the prices are going to be in six months,'" said Milton. "So the prices are everywhere because it depends on what Iran does, what Saudi Arabia does, what China does. Every day, someone affects the fuel price. What we've done is said 'look, we don't need to worry about that anymore because we own the hydrogen network or the electric charging network'. All of our energy comes from renewable resources and we sign 20-year contracts. So our rate of energy is flat for 20 years." 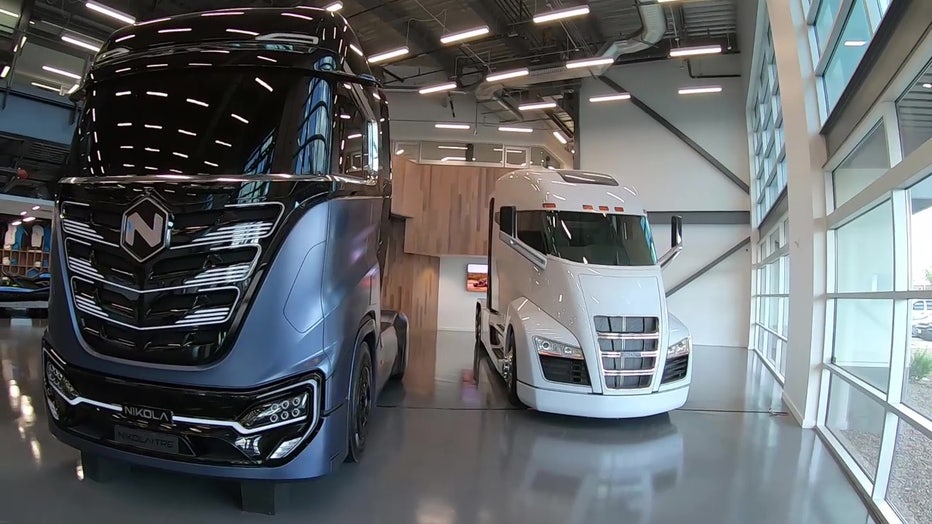 The pricing plan is the key. Nikola doesn't just make zero-emission hydrogen and electric trucks. It offers those trucks, the maintenance, and all their fuel at a locked-in price that won't change by a penny.

"When I was six years old, my dad was managing the railroad and I was riding on the train, and there was a semi on the road beside the train and the engineer looked over and said you know Trevor, one day they'll be smart enough to build a locomotive semi truck," said Milton. "That was the lightbulb that went off for me. He was telling me how efficient these drivetrains are with motors on the axles, and locomotives have electric motors and they pull hundreds of millions of pounds of cargo and they're so incredibly efficient. It's incredible. So I was six years old when I said I gotta build a locomotive semi-truck, and today, that's what we have. We have the most advanced semi-truck that's ever been built in the world. It's cheaper to drive than a diesel. It's four times more powerful than a diesel.  It's got 2,000 horsepower and it's the safest truck that's ever been built." 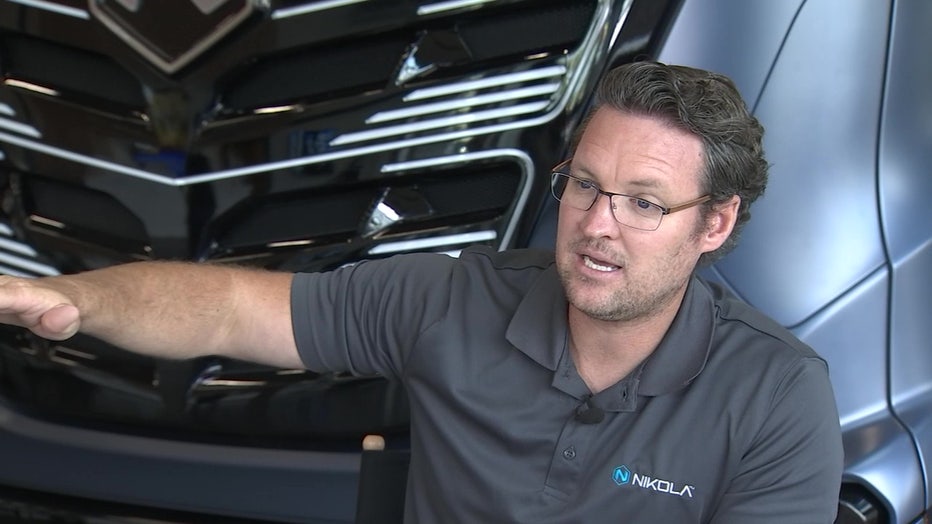 Milton credits his upbringing his entrepreneurial mind and work ethic.

"My father was running the railroad, my mother got sick with cancer, so from the time -- [From when] I was eight until I was 14, she was dying of cancer," said Milton.

"You went on your Mormon mission. How big of an impact did that make on the person you've become?" asked FOX 10's Kari Lake.

"I was a really selfish kid before that. I watched my mom die, all I did was focus on her. After she died, I wanted to focus on myself and I became a very selfish kid in my teens. I was a troublemaker. I didn't care." said Milton. "I had to learn how to care about other people more than myself. And when I saw people struggling so bad, I realized my problems really weren't that bad."

For Milton, that mission proved more educational than college.

"I only went to less than one semester of college. I got in and I was like this is not for me. I don't learn by books. A lot of people love books. I don't. I can only read about three or four paragraphs until my minds already thinking about 10 different things. College doesn't teach you creativity. It teaches you to be a sheep. It teaches you to follow what other people have done and not think outside the box."

That being said, Milton is counting on Arizona's colleges to churn out hundreds of engineers, as the demand for his trucks grows.

"We've got over $14 billion in pre-order reservations. We're sold out for nearly six years. It's one of the greatest successes of a product launch in American history," said Milton.

Not just trucks, but watercraft and off-road vehicles as well. Next year, a full-electric off-roader is set to hit the market. 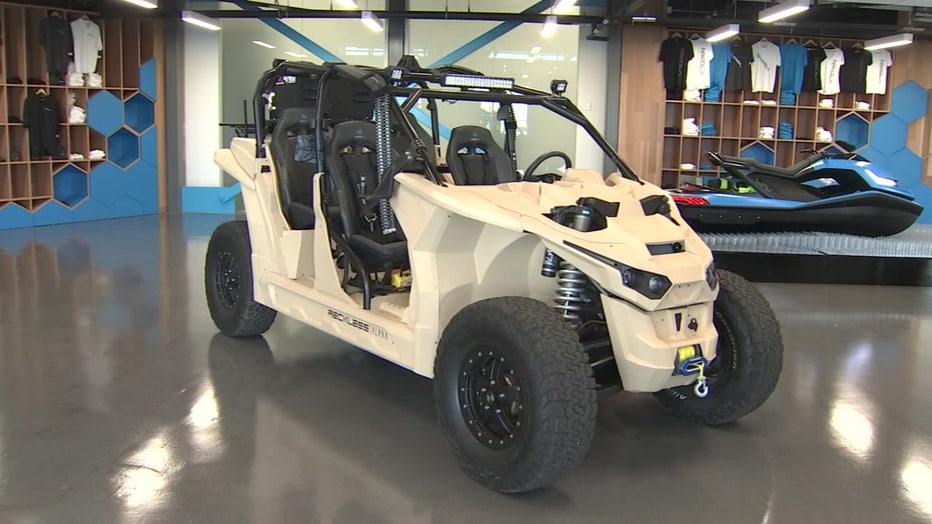 As it turns out, there's a big market for quiet off-roading.

"The military did a test with us with a Polaris, and they wanted to see how long before the soldiers would hear them coming," said Milton. "With a regular one, it was a mile away they'd know they were coming. So, you're gonna get ambushed. With our electric one, we got within 30 feet of the soldiers and they didn't even know we were there coming up behind them."

Nikola's growth has been quiet and quick. It's only been seven years Milton started Nikola, and it is valued at $3 billion.

"I put my own money in it. I put family money in. Friends money. I invested it," said Milton.

Nikola's massive manufacturing site in Coolidge will bring three thousand jobs when it is completely built in 2022.

"That's a byproduct of actually executing a business model flawlessly with the biggest competition in the world coming against you," said Milton. "To me, that's the goal. Having the money doesn't even matter to me. Everyday, I'm coming in just stoked because we are beating our competition and guys with hundreds of billions of dollars, and they have no idea how we are doing, what we do. That's what gets me stoked and excited." 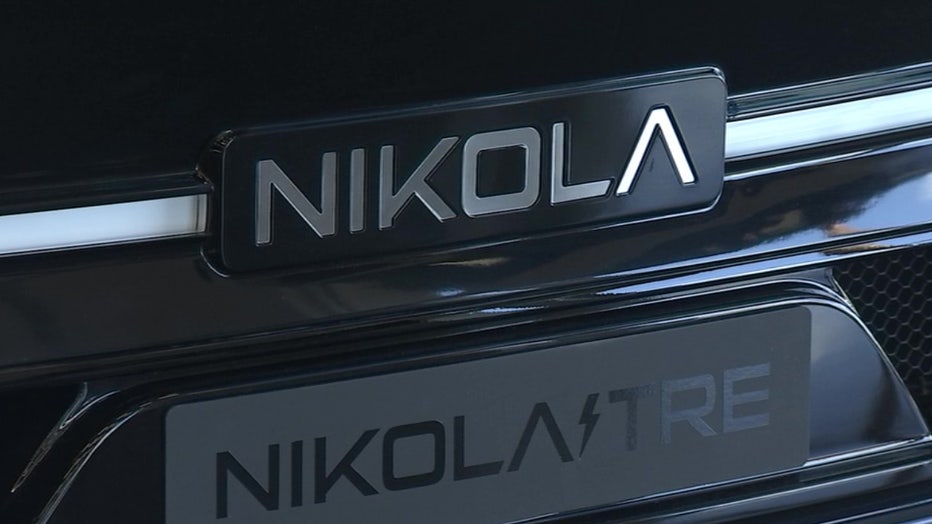