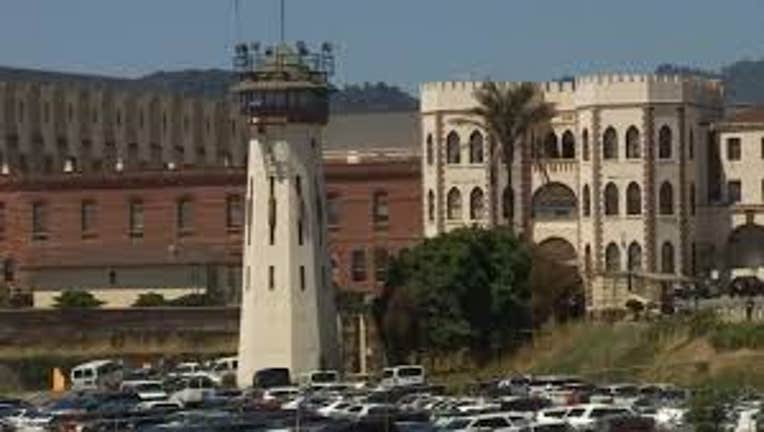 SAN QUENTIN, Calif. - A group of private attorneys and public defenders throughout the state is urging Gov. Gavin Newsom to stop transferring incarcerated people at San Quentin to other California prisons against their will.

In a letter sent Friday to his office, the attorneys wrote that "moving these persons now, during the height of a statewide surge of COVID-19 infections—both in CDCR and the free world—from a place with a very low infection rate appears ill-advised."

The public defenders also argued that this proposed transfer runs counter to the current state stay-at-home orders and cautions against travel. The attorneys were also joined by activists who started a petition to the governor to urge the release, not transfer, those in prison.

As of Monday, there were 9,355 incarcerated people with active cases of COVID-19 statewide. A total of 97 prisoners and 10 employees have died of coronavirus since the outbreak began, the prison system reported.

In October, the First District Court of Appeal ruled that the prison system had to reduce the population at San Quentin, where 28 people have died of COVID-19, by more than 1,000 people, either by releasing them or transferring them to other prisons.

Public defenders have urged for the immediate release of more than 300 people, based on their medical risk and age. But prison officials, represented by the Attorney Generals Office, said they don't want to release incarcerated people and would rather spread them out at various prisons throughout the state. There are ongoing court hearings in Marin County Superior Court trying to resolve this issue.

The governor's office did not immediately respond for comment.

But in a statement, the California Correctional Health Care Services, which is a court-appointed federal receiver, said: "In an effort to protect inmates, employees, and outside communities, CDCR and CCHCS are working closely together to identify space and coordinate the potential movement of some medically high-risk individuals in certain prisons from open dorm/open cell settings to housing with solid doors."

The prison system also developed a risk score for patients, the federal receivers' statement said, and "each patient’s health care needs are evaluated prior to transfer to ensure continuity of care at the receiving institution. CCHCS will be closely monitoring every individual and no individuals will be moved without pre-authorization."

High-risk incarcerated people who have not previously been diagnosed with COVID are being notified of the potential moves, the federal receiver said, and if they disagree with the housing decision, they can submit an appeal.

"It’s important to note that every safety precaution will be taken on any patient movement, including testing before and after any moves, quarantining upon arrival at the new housing location, and sanitation of all housing spaces prior to any movement," according to the California Correctional Health Care Service's statement.

However, Deputy San Francisco Public Defender Danica Rodarmel, who has a relative in San Quentin, was doubtful of the prison response.

"The ruling said that people at San Quentin should be released or transferred, only if the transfer can be done safely and there is nowhere safe to put people right now," she said. "Every prison has an outbreak."

In a separate court filing, the San Francisco Public Defender's Office noted on Monday that six people have since withdrawn their habeas petitions— which seek release from CDCR custody due to the unconstitutional conditions of confinement— "rather than risk transfer to a different and perhaps equally bad or worse situation."

Then there is a legal matter to consider, too.

Rodarmel and her team said that in addition to the medical risk of transferring their clients from a low-infection facility, which San Quentin is now,  transferring their clients will negatively impact their ability to meet their "constitutional duty of effective representation...Dispersing our clients throughout the state will hamper our ability to work with our clients once pandemic-related restrictions on in-person legal visits are lifted."

The lawyers specifically asked Newsom to order California Department of Coreections and Rehabilitation Secretary Kathleen Allison and San Quentin Warden Ron Broomfield to immediately rescind any order to transfer any of their clients without their consent.

CORRECTION: An earlier version of this story incorrectly identifed the California Correctional Health Care Services as the CDCR.