During his Golden Globes speech, Brad Pitt made a reference to the 1997 film that featured his co-star, Leonardo DiCaprio, and that infamous door scene.

LOS ANGELES - Even Brad Pitt says he would have made room for Jack.

The “Once Upon a Time... in Hollywood” star won the Golden Globe for best supporting actor on Sunday and made a reference to the 1997 film that featured his co-star, Leonardo DiCaprio, and that infamous door scene. 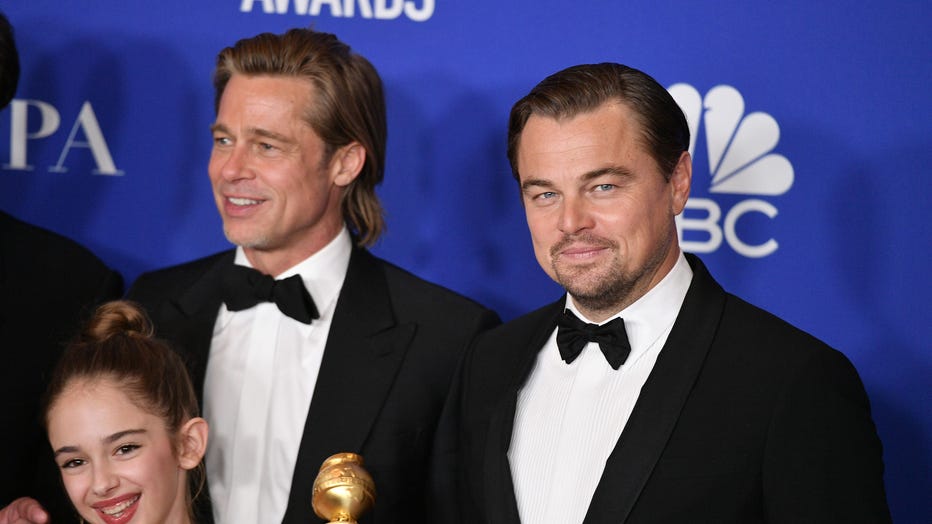 “I also have to thank my partner in crime, LDC,” Pitt said during his acceptance speech. “Before ‘The Revenant,’ I used to watch, year after year, his co-stars accept awards and get up and thank him profusely. I know why. He’s an all-star, he’s a gent, and I wouldn’t be here without you, man. I thank you.”

“Still, I would have shared the raft,” the 56-year-old actor quipped, referencing a scene at the end of “Titanic” that has been debated for years.

In the film, DiCaprio’s character, Jack, dies in the freezing cold Atlantic Ocean when he does not get on the door, or “raft,” that his love interest, Rose (Kate Winslet), uses while waiting to be rescued. Many have speculated whether or not Jack could have also fit on top of the door — and therefore, have been saved, too.

Though set around the 1969 Manson murders “Once Upon a Time... in Hollywood” was classified a comedy and had an easier path to victory than the more competitive drama category.

It was Pitt’s first acting Globe since winning in 1996 for “12 Monkeys,” padding his front-runner status for the Oscars.  Tarantino also won best screenplay.