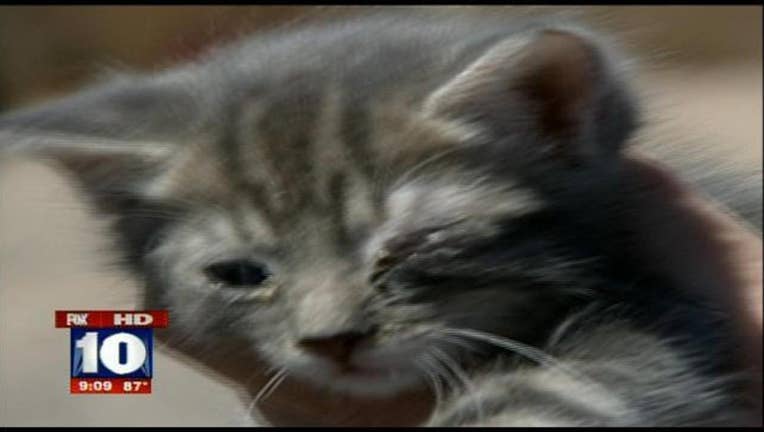 It's been one of the most talked about stories in the valley -- a woman who was hoarding more than 60 cats.

And if that isn't bad enough, Maricopa County Sheriff's deputies say she was freezing them with plans to eat them.

We talked to that woman -- and she says they have it all wrong.

Lucienne Touboul, an immigrant from France, lives alone at her house in Wittmann. She says she loves her cats, and there is no way she would eat them.

The 81-year-old calls the cats her family, and says she took good care of them. But vets disagree.

This is the third time Touboul has had run-ins with the sheriff's office in the past few years.

She is facing 26 counts of animal cruelty after 9 kittens and 55 cats were found in deplorable conditions inside her home. Touboul was arrested and released on Wednesday.

In 2010, MCSO deputies took 100 cats from the home. They say they found 9 cats in the freezer -- and that Touboul admitted to freezing them to later eat.

Touboul denies that claim. She says she put the animals that died in the freezer to save them for burial.

At that time, all the cats had to be put down. Deputies hope that isn't the case this time.