Charges say Shawn Coates drove into the parking lot of a Minneapolis fire station where firefighters were protecting a woman from him. He then drove his pickup into the fire station garage doors. Firefighters used an axe and other tools to disable Coates’ pickup truck to stop him.

MINNEAPOLIS (FOX 9) - Charges have been filed against a man accused of ramming his pickup truck into a Minneapolis fire station Thursday night where firefighters were protecting a woman he was following.

Shawn Coates, 52, was charged on Friday with two counts of fourth-degree assault and one count each of threats of violence and third-degree criminal property damage in the incident.

According to the charges, a woman arrived at Minneapolis Fire Station 8 in the Whittier neighborhood Thursday night, attempting to get away from a man in a pickup truck who would not stop following her.

MORE: Firefighters recount night they defended themselves from attacker after woman seeks refuge 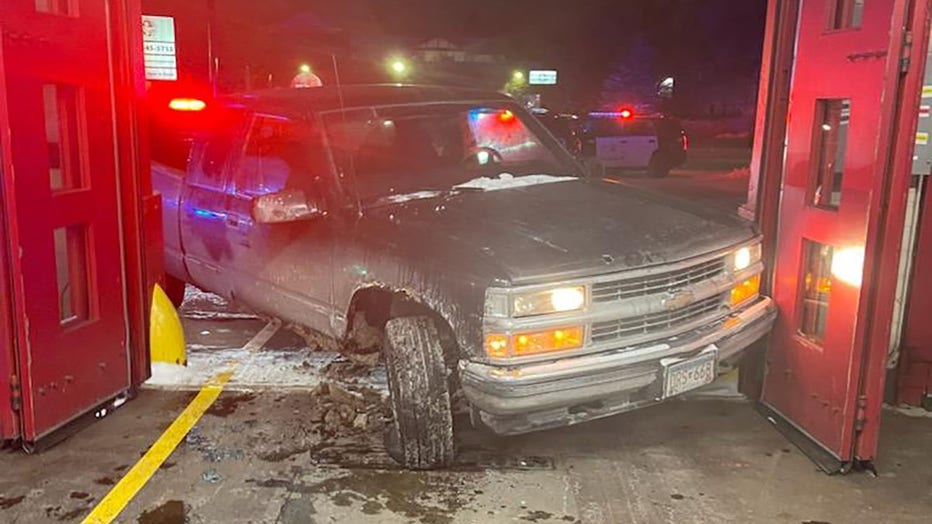 Minneapolis police officers arrested a man after firefighters detained him for following a woman and crashing his truck into the fire station Thursday night.

Firefighters used an axe and other tools to disable Coates’ pickup truck to stop him.

Coates then got out of his vehicle and entered the fire station. He "squared up" to a fire captain while another firefighter took him to the ground.

Firefighters detained Coates until police arrived and took him into custody. They transported him to the Hennepin County Jail, where it took approximately six to seven deputies to hold and detain him, the charges say.