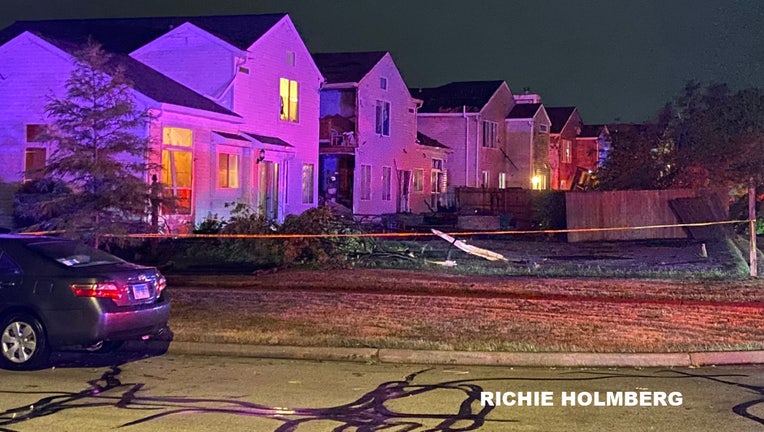 CHICAGO - A tornado hit the suburban Chicago cities of Naperville and Woodridge overnight.

The National Weather Service reported that tornado debris was spotted near Route 53/75th street in Woodridge.

Naperville resident Richie Holmberg shared photos with FOX 32 News showing the side of a home in Naperville missing. His photos showed trees down and other damage in the area of Spice Circle and Cobblebrook Lane. 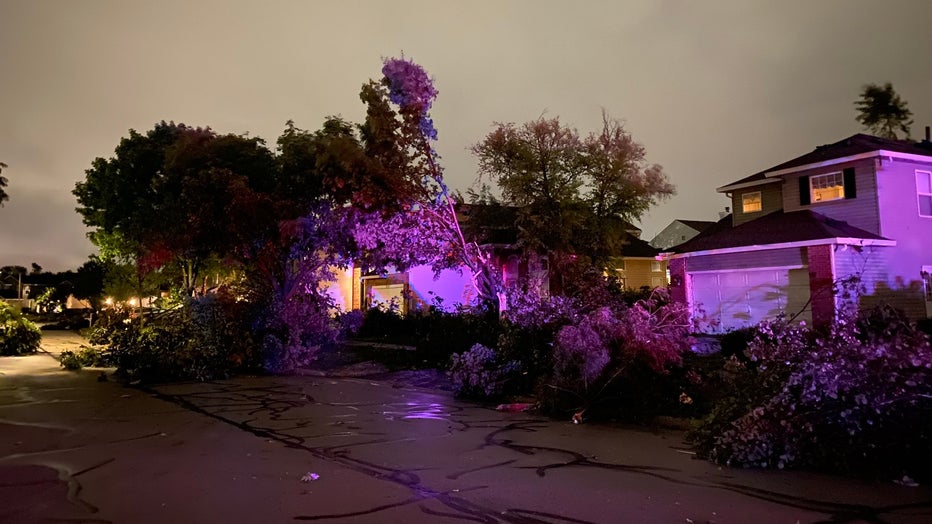 Naperville tornado damage and trees down taken by Richie Holmberg

Video from Darien showed trees down and streets blocked.

There were reports of multiple streets blocked in Plainfield near Center and Amboy.

In Burr Ridge, County Line Road was blocked by downed power lines between 83rd and 87th.

Power lines were knocked down in Portage.

The National Weather said there were reports of significant damage in South Haven, Indiana.

Videos shared on social media showed trees down on cars and damage to rooftops across suburban Chicago.

Power lines are down across the Chicago area. As of midnight, ComEd reported that 34,000 customers were without power.

Areas that were not hit by the tornado-strength winds still got winds upwards of 50 mph, with heavy rain.

GET BREAKING WEATHER ALERTS WITH THE FOX 32 WEATHER APP 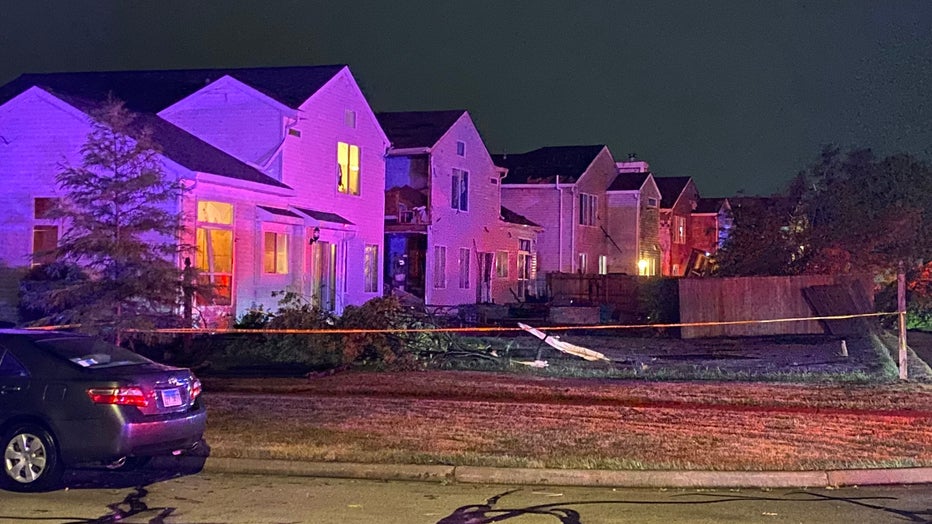 Mark Strehl has your weather update!