GILBERT, Ariz. - A construction worker has died following an accident at a job site in Gilbert. 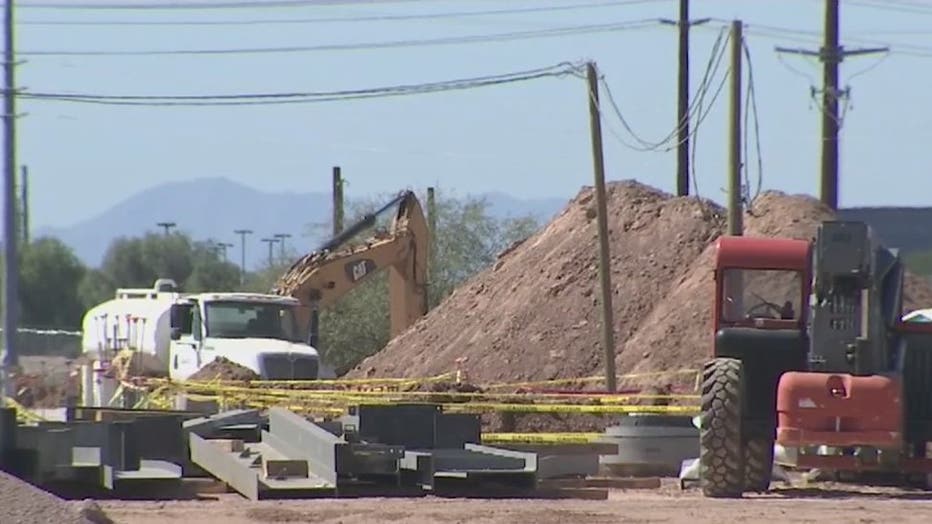 Police say 70-year-old Mario Torres Padilla was alone, working with a concrete hopper, when a portion of the cement mixer suddenly fell on top of him, pinning him against a metal post.

"There were two callers at the time who found him, we don't know how long he had been down at the time he was found," said Dani Covey with Gilbert Police.

The two workers were able to free Mario from the heavy equipment. First responders performed life-saving measures, but he passed from his injuries.

Work was stopped for the day as co-workers mourned and police conducted an investigation.

Police say it appears to be a tragic accident.

"Everyone at the Sun Valley family is heartbroken with the passing of Mario Torres. He was a dedicated employee for over 20 years and more than that, a mentor and friend to all he worked with."

"From everything he worked he was extremely well-liked and well known throughout the construction site," said Covey.

The company in charge of the Gilbert project site is Core Construction. Its President also released a statement:

"We are obviously devastated by the tragic accident that occurred on the job site yesterday. There is truly no worse call to receive. Our thoughts and prayers are with Mario’s family."

Mario leaves behind a wife, daughters and extended family. His family says he was about to turn 71-years-old, and that he didn't have to work but wanted to because he was a hard worker and loved his job.