Authorities are investigating after a horse was killed and mutilated in Marion County.

OCALA, Fla. - An Ocala woman believes her beloved horse was killed on Thanksgiving.

Tammy Davis said she got a phone call from the person who boards her horse, HotRod, around 8 in the morning Thursday, saying her horse was attacked and dead.

The farm where HotRod stays is located on County Road 475 A in Ocala. Upon arrival, Davis said she found her horse mangled.
“This was not an animal. There were no claw marks. These were nice, clean, cuts,” she said. “They cut the meat from both sides of the body. It wasn’t just one side like it got attacked by a predator.” 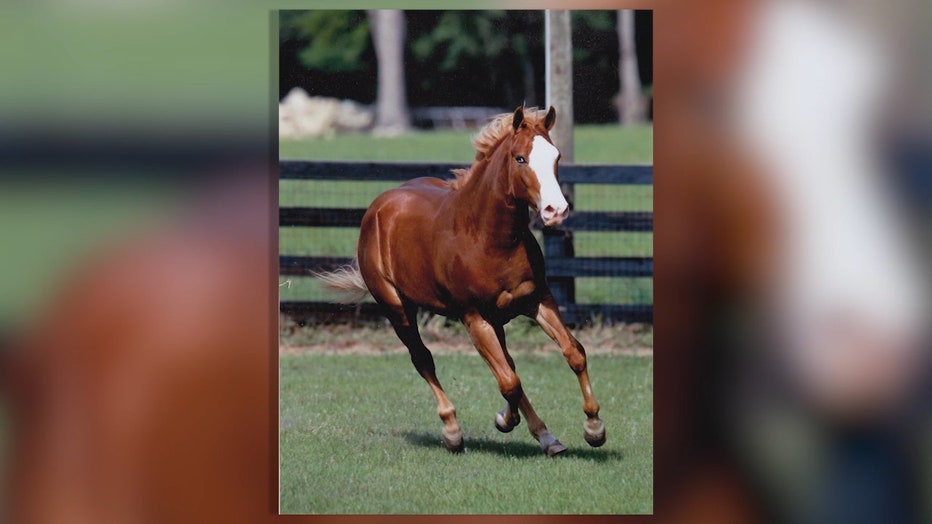 Marion County Sheriff’s deputies say they responded to the scene.

Davis has had the 21-year-old horse since it was only four months old. She said the horse has helped her through various medical issues.

“I mean he was just an average horse to anyone else, but to me he was my son,” she said. “He has been my lifeline and my reason for continuing because I’ve had a lot of health issues. To take him away from me in this manner is just horrible.”

If you have any information that could help detectives in this case, contact the Marion County Sheriff’s Office.