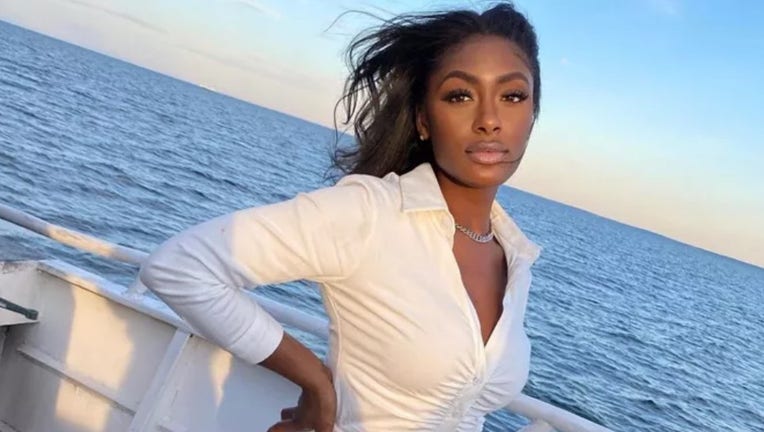 The death of Lauren Smith-Fields, 23, of Bridgeport caused by drugs and alcohol was ruled an accident, said the Connecticut Medical Examiner's Office. (Photo credit: GoFundMe- Justice for Lauren)

Two police detectives in Connecticut's largest city have been suspended amid investigations into allegations of insensitivity in their handling of separate cases in which Black women were found dead in their apartments.

In each of the two cases in Bridgeport, the families said police did not notify them of the deaths in a timely manner.

The city's Democratic mayor, Joe Ganim, released a video statement Sunday saying he directed the Bridgeport Police Department's deputy chief to place the officers on administrative leave. Ganim said both are subjects of an internal investigation, while a supervisory officer involved in the cases has retired.

Ganim apologized to the families of Lauren Smith-Fields, 23, and Brenda Lee Rawls, 53, calling it an "unacceptable failure" if police department policies involving the death of a family member were not followed.

"I am extremely disappointed with the leadership of the Bridgeport Police Department and found the actions taken up until this point with regards to these two cases unacceptable," Ganim said in his statement. "I want to be clear to members of the public and the department that insensitivity, disrespect in action, or deviation from policy will not be tolerated by me or others in this administration."

Both cases remain under investigation and have been assigned to other officers, he said.

The family of Smith-Fields has complained that authorities were not giving the investigation enough attention because she was African American.

Smith-Fields, a college student, was found dead after a man she had met recently online called police Dec. 12 to say he awoke to find her unresponsive. The medical examiner's office said Smith-Fields died from the combined effects of alcohol, fentanyl and antihistamines.

Smith-Field’s family said police never notified them of her death, which they learned about more than a day later through a note left on her apartment door by her landlord. A detective eventually asked them to stop calling, they said.

The family of Rawls, who was also found dead Dec. 12 in her Bridgeport apartment after a man she was with called police to say he had awoken to find her unresponsive, told News 12 Connecticut they were never notified of the woman's death and were told nobody could help them when they went to the police department seeking answers about the case.

A spokesperson for the Bridgeport Police Department said Monday that there were no physical signs of trauma or foul play that played a role in Rawls' "untimely passing" and that the Office of the Chief Medical Examiner will ultimately determine her cause of death. The medical examiner's office said the case is "pending further studies."

Darnell Crosland, an attorney for Smith-Fields' family, said on Twitter that Ganim's statement was a step in the right direction.

"The city is liable for the behavior of its police department and its officers. I am pleased that the mayor has accepted that liability publicly and has apologized to this family for the suffering they have endured," he wrote.

Ganim said the two officers will be placed on administrative leave until the internal investigation has been completed. A message was left seeking comment with a representative of the Bridgeport Police Union.