WASHINGTON, D.C. - After a massive 2017 data breach that resulted in 147 million people's sensitive personal and financial data being stolen, Equifax is now being ordered to pay up, according to an announcement from the FTC.

If you were one of the millions of people affected in the breach, Equifax owes you money.

As part of a global settlement with the Federal Trade Commission, the Consumer Financial Protection Bureau and 50 U.S. states and territories which alleged that Equifax Inc.'s failure to reasonably secure its network was the cause of the 2017 data breach, Equifax has agreed to pay at least $575 million and up to $700 million in restitution. 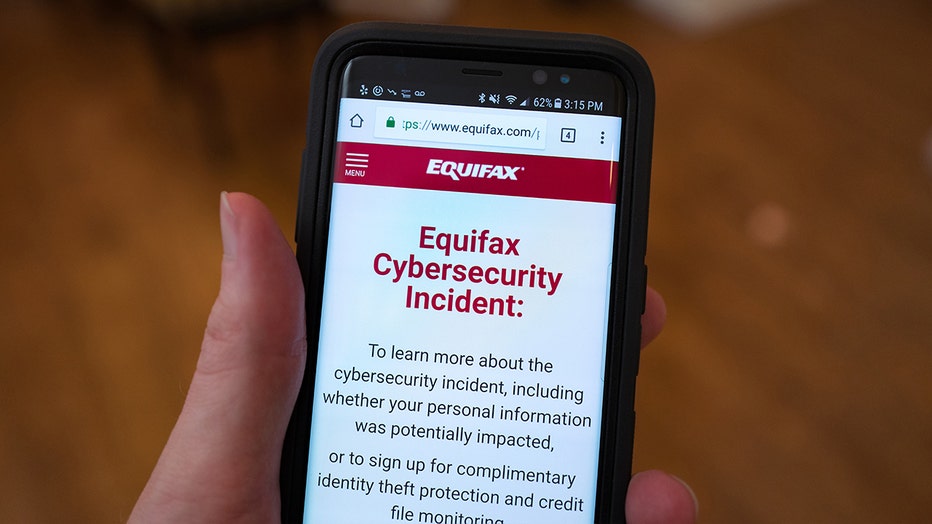 A mobile phone is held open to the Equifax website following the 2017 security breach that led to 147 million people's data being compromised. (Smith Collection/Gado/Getty Images)

Some people who were affected could get up $20,000 from Equifax as compensation for costs incurred from dealing with the breach. Such expenses include losses from unauthorized charges to your accounts, costs associated with freezing or unfreezing credit reports, cost of credit monitoring, fees paid to professionals like accountants and lawyers, and other related charges like notary fees, mileage, and phone charges.

Equifax will also compensate you for the time you lost. You can get $25 per hour for time spent dealing with the breach for up to 20 hours of work.

If you're unsure if your data was exposed in the breach, you can use this look-up tool provided by the FTC. You will need to enter your last name as well as the last six digits of your social security number.

In order to receive the benefits of the settlement, you will need to file a claim, which can be done online, or you can contact the Settlement Administration by phone or mail.

The deal struck between the credit reporting company and the FTC stipulates that Equifax will pay $175 million to 48 states, the District of Columbia and Puerto Rico, and $100 million to the CFPB in civil penalties.

Equifax will pay $300 million to the fund that will support the free credit monitoring services. If the initial $300 million isn't enough to compensate consumers for their loses, Equifax will dish out up to an additional $125 million.

Starting in 2020, U.S. consumers can also get six free credit reports a year for seven years in addition to the standard one free annual credit report that Equifax has traditionally offered.