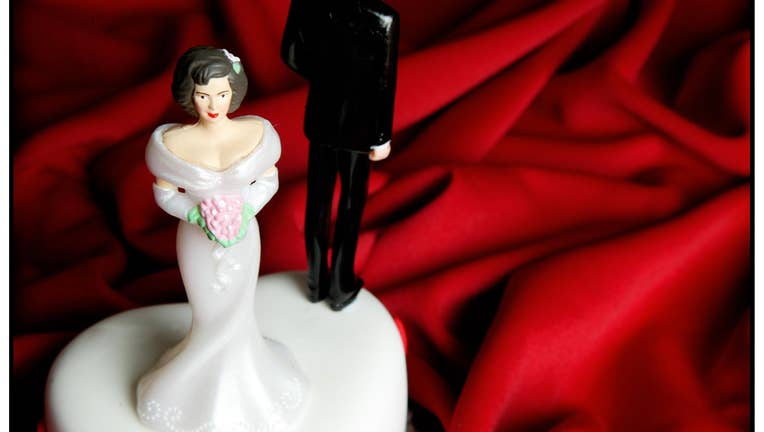 OAKLAND, Calif. - Lots of people have joked there will either be plenty of babies born nine months after the shelter-in-place order is lifted or a bunch of divorces.

Divorce attorney Jason Hopper of Cordell & Cordell in Sacramento is betting on the latter.

Two weeks ago, his company, which operates in 120 locations across the country, received 800 divorce consultation calls. Last week, it was 913.

His firm even started producing "How COVID-19 may impact your divorce" videos and podcasts.

“People are looking at each other and getting a preview of what their retirement looks like,” Hopper said, adding that his firm gears its divorce expertise to men. “And unfortunately, for a lot of folks, they’re finding they don’t really like it.”

He added that he typically sees an uptick in divorce calls in times of economic stress.

“Money and finances might be the straw that broke the camel’s back,” He said. “People often cite these struggles as the reason.”

Like vacations, graduations and dinner parties with friends, divorces have also been on hiatus.

Hopper’s business is booming, but the number of actual divorce filings in civil court don’t reflect the emotions and challenges that struggling married couples are now facing, at least in many parts of the country where courts have been closed.

In the Bay Area, divorce and dissolution legal filings are way down since mid-March. Judges have only been hearing motions for emergencies, like cases of domestic violence.

“Things have slowed down,” said Oakland divorce attorney Deborah Dubroff. “But I don’t think it’s because people necessarily want to stay together.”

In Contra Costa County, divorce filings have averaged about 3,000 during the two-month period from March 1 to May 1 for the last five years, a review of data shows. This year, there have only been about 300 in the same time period -- one-tenth of normal.

In Santa Clara County, the number of divorce filings was down by 30% during roughly the same time period this year compared to last. And overall, civil and family court filings were down overall by roughly 70% in that same time period.

The Alameda County Superior Court system has no meaningful numbers, a spokesman said, because they stopped accepting filings a day after the shelter-in-place order and only recently started up again.

In many California counties, divorce filings are accepted by drop box or mail, but not online. Placer County is one of the few exceptions that offers e-filing.

“Some people are feeling frustrated with who they are living with. They’re asking themselves, ‘What path am I on? Is this the person I want to spend the rest of my life with?’"

Valerie, a 40-year-old Oakland woman who asked that her real name not be used, said she is in one of these waiting periods.

She and her husband decided to separate before the outbreak, but the virus has put several “kinks” in their exit plan.

Valerie said she and her husband had hoped to share the house they live in with their son, with each of them rotating in and out of the home. But because of coronavirus, they can no longer ask to sleep on a friend’s couch.

When their son got sick, both parents decided they needed to stay home under the same roof so as not to infect anyone else.

And when her husband got furloughed, and eventually let go from his job, they decided not to separate their money, at least for the time being.

“This is just a really unstable time,” she said.

Many couples are feeling this instability, Dubroff said.

One woman called her from the basement to speak to her privately about getting a divorce. She had nowhere else to go in her house that she's still sharing with her husband.

In her experience, Dubroff said that a crisis often makes people stop and think long and hard about the choices they’ve made in their lives.

“Some people are feeling frustrated with who they are living with,” she said. “They’re asking themselves, ‘What path am I on? Is this the person I want to spend the rest of my life with?’"

But even if the answer turns out to be “not this person,” Dubroff said it’s pretty difficult to disentangle yourself from the marriage at this current point in time.

“If you’re living with someone 24/7, it’s hard to leave immediately,” she said.

Many couples, she noted, are likely staying together during this crisis, largely out of economic necessity.

Dubroff said there is the overwhelming practical matter of divorce: Paying for it.

“People are losing their jobs in this economy,” she said, adding that paying for two rents on one or no income, especially in the Bay Area, can often feel like an impossible task.

When the recession of 2009 hit the country, Dubroff said that divorce filings didn’t drop off, but people ended up representing themselves in court.

“Divorce is expensive,” she said. “It’s hard enough to support yourself on one income. People just don’t have the money right now.”

Similar scenarios are playing out across the country, from the  Bay Area to New York City, from Sacramento to Ohio.

Dubroff doesn’t expect the dearth of divorces to last forever. And she looked to China as a harbinger of what's to come.

Martial separations there surged in March as people emerged from weeks of mandated stay-at-home orders, according to reports, even though there is no evidence that these unions were rock solid before the outbreak.

“I am expecting a huge spike in filings,” Dubroff said. “I told my staff, ‘Enjoy this time off. After this is over, we’re going to be slammed.’ "