Donald Glover, otherwise known by his stage name Childish Gambino, is official a member of the “Yang Gang.”

LOS ANGELES - Donald Glover, otherwise known by his stage name Childish Gambino, is official a member of the “Yang Gang.”

On Wednesday, presidential hopeful Andrew Yang posted a photo on Twitter announcing a one-time merchandise pop-up shop that would go up ahead of the last democratic debate of 2019.

The pop-up shop found its home on Los Angeles’ Fairfax Avenue, which is a well-known destination spot for hype beasts and sneaker heads alike. Anyone driving by can usually expect to see scores of people waiting in long lines to get into places like Supreme or Flight Club.

The merchandise collaboration marked the beginning of a new career path for Glover as he took on a creative consultant role for Yang’s campaign, according to a press release.

“Had a blast with Donald Glover today! Big thanks to everyone who came out in L.A.!,” tweeted the candidate on Wednesday.

Supporters and fans of Glover had a chance to purchase exclusive merchandise designed by Glover’s team which included sweatshirts, hats and posters. 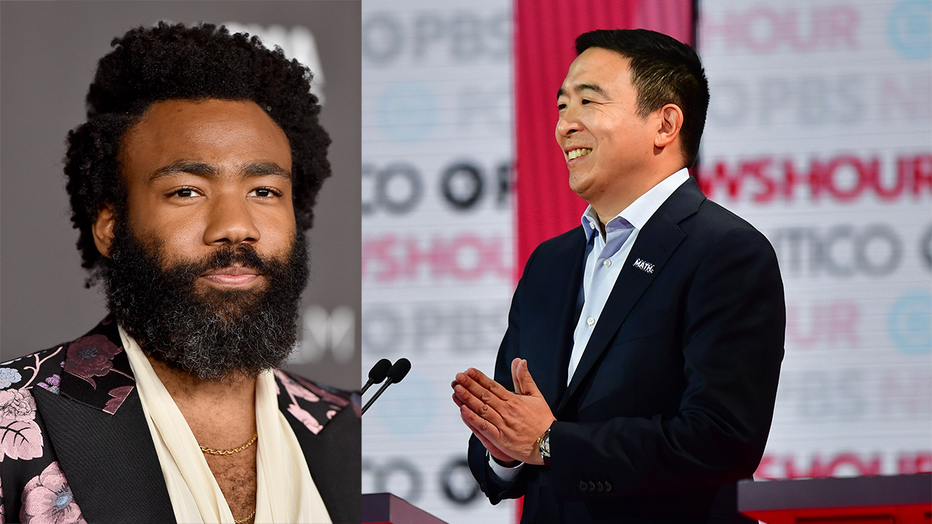