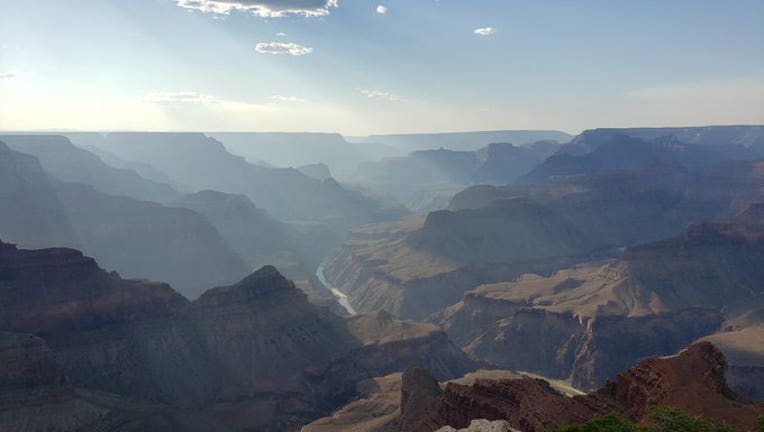 FLAGSTAFF, Ariz. (AP) - A federal judge has ruled against environmental groups and a tribe in their bid to keep a uranium mine south of the Grand Canyon from operating.

The Canyon Mine near the national park’s South Rim entrance has been on standby for nearly 20 years. The company that owns it, Energy Fuels Resources, is waiting for uranium prices to rebound before opening it.

Still, environmental groups and the Havasupai Tribe sought to prevent that from happening. They sued the U.S. Forest Service, arguing the agency failed to consider the environmental and cultural costs of extracting uranium ore when it reviewed the company’s mining claims.

U.S. District Judge David Campbell in Arizona said those costs would have been minimal, considering the Forest Service projected Canyon Mine’s profits at a conservative $29 million.

“A drop in profits is not enough to defeat valid existing rights if the mine remains profitable,” Campbell wrote in a ruling last week.

The environmental groups said Wednesday that they are reviewing the decision and evaluating whether to appeal.

“Canyon Mine should not have been allowed to go forward,” said Sandy Bahr of the Sierra Club’s Grand Canyon Chapter. “We do know that. The risks are significant and the benefits negligible.”

Energy Fuels is among the companies pushing for intervention from the federal government to rescue U.S. uranium mining in a tough global marketplace. Company spokesman Curtis Moore said Wednesday that Energy Fuels is actively maintaining the site.

“Energy Fuels will continue to operate the mine responsibly, and we are confident the court’s decision will withstand any further appeals,” he said.

A spokeswoman for Kaibab National Forest did not immediately return a request for comment.

The Canyon Mine lies within a roughly 1,562 square-mile area that was placed off-limits to new mining claims in the Obama administration. The moratorium outside the boundaries of Grand Canyon National Park runs until 2032 but doesn’t prevent uranium companies with grandfathered claims from developing them.

The Forest Service concluded in 2012 that Energy Fuels has a valid, existing right to mine near Tusayan. The Grand Canyon Trust, the Center for Biological Diversity, the Sierra Club and the Havasupai Tribe sued the following year.

The 9th U.S. Circuit Court of Appeals revived a single claim from the lawsuit in 2018 and sent it back to the lower court for a decision on the merits.