Paul Petersen was sentenced to prison for his role in an adoption scam and human trafficking scheme involving pregnant women from the Marshall Islands.

PHOENIX - A former Phoenix politician already in prison on a six-year sentence for operating an illegal adoption scheme involving women from the Marshall Islands was ordered to serve another five years behind bars for defrauding Arizona’s Medicaid system in a scam to get taxpayer-funded health coverage for the birth mothers, even though he knew they didn’t live in the state.

Paul Petersen, a Republican who was Maricopa County’s elected assessor for six years and worked as an adoption attorney, on Friday received the second of three sentences stemming from the adoption scheme. His five-year Arizona punishment is to be served after he completes his six-year federal sentence for conspiring to smuggle people in Arkansas.

Petersen was dressed in an orange prison suit in the Phoenix courtroom where he offered apologies and cried as he described hurting his clients, former co-workers and his own family through his practices. "I have no one to blame but myself."

Authorities have said Petersen illegally paid women from the Pacific island nation to give up their babies in at least 70 adoption cases in Arizona, Arkansas and Utah. Citizens of the Marshall Islands have been prohibited from traveling to the United States for adoption purposes since 2003.

He was sentenced in Arizona for submitting false applications to the state’s Medicaid system so the pregnant Marshall Islands women could receive health coverage and for providing an affidavit to a court that contained false information about expenses paid to a birth mother.

"Judges in these cases were given false information and that subverted the legal process by which judge made decisions in these adoptions," Judge Thomas Fink said shortly before sentencing Petersen. 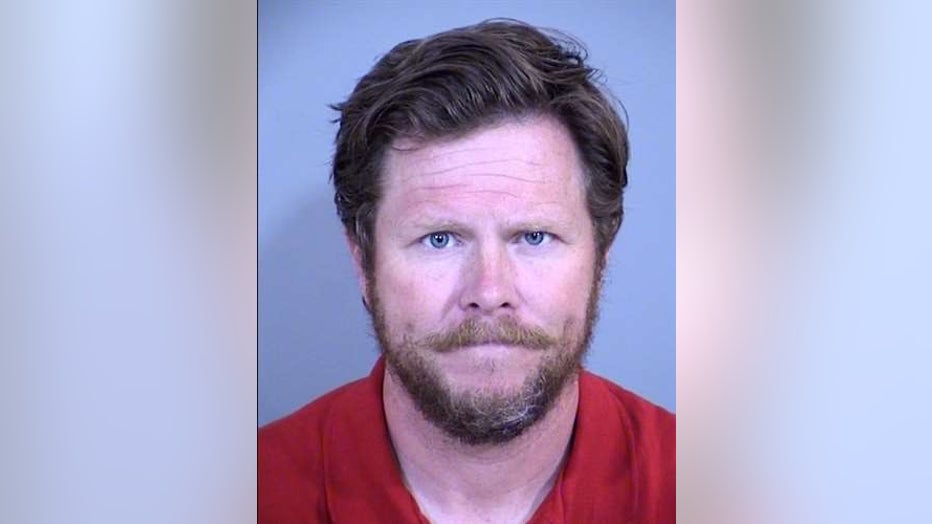 Prosecutors say Petersen knew the birth mothers involved in the scheme didn’t meet an Arizona requirement that Medicaid recipients reside in the state, yet he still instructed a woman working in his adoption practice to line up Medicaid coverage for them. In one case, authorities said a birth mother whose medical expenses were covered by Medicaid delivered her child a day after arriving in Arizona — and was flown out of the state about two weeks later.

Prosecutors also said Petersen regularly misrepresented in filings with a juvenile court how long he had been paying expenses for birth mothers, claiming in one instance five months of expenses for a birth mother who was in Arizona for less than a month. Petersen was accused of instructing the woman helping his adoption practice to submit a letter of residency for a birth mother who had already left Arizona in a bid to avoid having to cover her medical bills. Authorities said each adoption became more profitable for Petersen when those costs were covered by the government.

In a letter last year to the judge in the Arkansas case, Petersen said he is now ashamed, as a fiscal conservative, for sticking Arizona taxpayers with the pregnancy labor and delivery costs.

His attorney, Kurt Altman, has argued his client recognizes the wrongfulness of his actions, pleaded guilty to charges in three states, no longer has a license to practice law, and has paid back $679,000 in health care costs to Arizona out of the more than $800,000 that prosecutors said the fraud cost taxpayers. Altman has argued authorities never asked Petersen to adjust or cease his adoption practice over the years and argued his client’s practice wasn’t at issue in the Arizona case, because those convictions pertained to fraud in both health care and in the filing of court records.

Prosecutors didn’t specify the number of years in prison they were seeking for Petersen, but he said he should have to spend additional time behind bars on top of his Arkansas sentence. "This wasn’t a one-time situation," said prosecutor Scott Blake.

In the Arkansas case, Petersen was given a prison term that was two years longer than sentencing recommendations called for after a federal judge concluded Petersen misled or instructed others to lie to courts about adoptions that wouldn’t have been approved had the truth been told to court officials. That judge also flatly rejected Petersen’s claims that he initially thought he was acting within the bounds of the law, but later realized what he was doing was illegal. Petersen has appealed the Arkansas sentence.

Petersen is a member of The Church of Jesus Christ of Latter-day Saints and earlier in his life completed a proselytizing mission in the Marshall Islands, a collection of atolls and islands in the eastern Pacific, where he became fluent in the Marshallese language.

Petersen was arrested in 2019. After the allegations of adoption fraud emerged, Petersen kept working as the assessor for the most populous Arizona county for nearly three months amid heavy pressure to resign — and he did so in January 2020. He was responsible for determining property values in the county that includes Phoenix.

Petersen has said he helped people with hundreds of legal adoptions after he discovered a niche locating homes for vulnerable children from the Marshall Islands and helping needy mothers who wanted a more stable family life for their children.

Petersen was originally scheduled to receive his third sentence on March 22 in Utah for human smuggling convictions, but Utah's Attorney General, Sean D. Reyes, announced on March 19 that Petersen's sentencing there has been postponed until further notice.