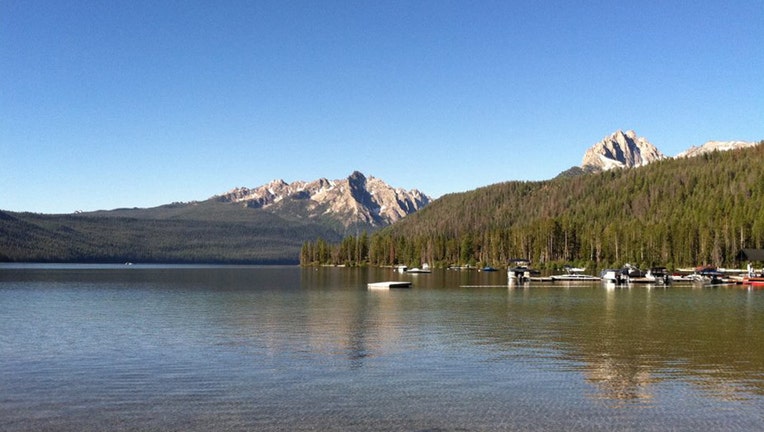 The department on Wednesday asked a federal judge to issue an order prohibiting future harassment during work on the trail, which is at the center of a federal lawsuit.

Workers said the helicopter flew within 10 feet of the ground and within 50 feet of them, kicking up debris and blowing off one person's hat last Saturday.

Workers also say someone in the helicopter made an obscene hand gesture at them.

The high-elevation area is one of Idaho's most scenic outdoor adventure draws, with rugged mountains, rivers and streams and several mountain lakes. It was traditionally used mostly for ranching, but in recent decades wealthy home buyers have moved to the area.

David Boren and Lynn Arnone own the property called Sawtooth Mountain Ranch LLC where the trail is being built. Boren is a founder and a board member of Clearwater Analytics, a financial management company headquartered in Boise. The secretary of state's office lists him as the registered agent of Sawtooth Mountain Ranch.

Boren and Arnone filed a lawsuit against the U.S. Forest Service in April 2019 seeking to halt work on the trail. But a federal judge denied their requests, so crews this summer are building the trail that could draw hundreds of hikers and bikers. It's expected to be finished this fall.

The department in court documents said the helicopter is owned by Boren's brother, Michael Boren. Michael Boren and Obsidian Aircraft LLC are named as proposed defendants in the most recent filings in the case. Michael Boren is also listed as a founder and a board member of Clearwater Analytics.

The U.S. Forest Service has a conservation easement deed dating to 2005 that allows a trail 30 feet wide to cross about 1.5 miles of the private property on Sawtooth Mountain Ranch. The Forest Service says David Boren and Arnone were aware of the easement when they purchased the property.

David Coyner is one of the owners of Hobble Creek Services LLC that is building the trail. He filed a report with the Custer County sheriff's office after the helicopter came near him and his crew on Saturday. Other workers also filed reports with the sheriff's office.

"The helicopter flew very low to the ground in close proximity to myself and my crew, pausing in front of us in three different locations," Coyner said in court documents. "When the helicopter approached the location where I was standing it was close enough that it blew my hat off and threw dirt and debris."

Coyner took video and a photo showing the craft's tail number. Another worker also reported taking a video of the helicopter.

Custer County Sheriff Stuart Lumpkin said his office has turned the investigation over to the Federal Aviation Administration.