Members of an Israel Defense Forces rescue team were honored by Miami-Dade County and local firefighters on July 10, as they readied to depart Surfside.

SURFSIDE, Fla. - The Israel Defense Force search team was given a huge sendoff and honorary titles after assisting local crews at the site of the condo collapse in Surfside, Florida on July 11.

Video shared by Miami-Dade Fire Rescue (MDFR) shows the crew from IDF hugging and saying their goodbyes after working 12-hour shifts alongside first responders from Miami and Miami-Dade County.

The Israeli team used blueprints of the building to create detailed 3D images of the disaster site to aid in the search. They also gathered information from families of the missing, many of who were Jewish, to build a room-by-room model laying out where people would have been sleeping during the pre-dawn collapse. 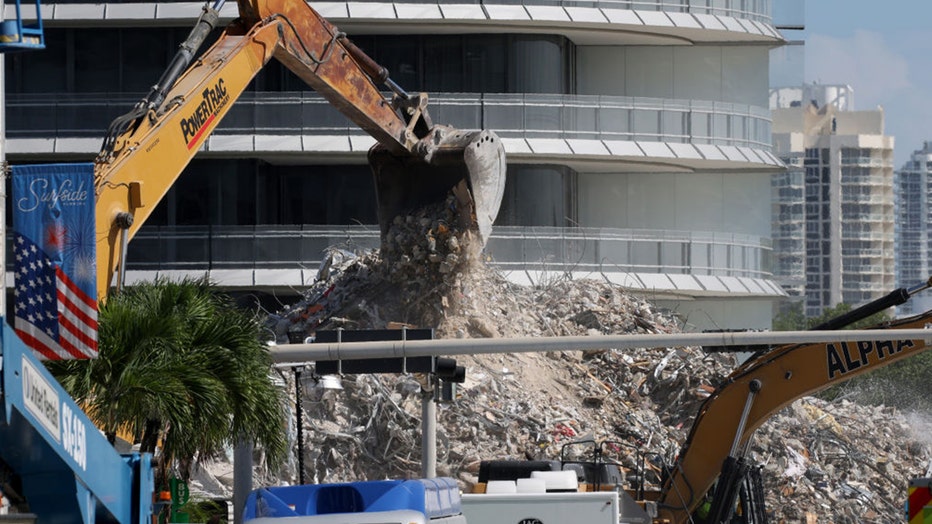 FILE - Construction equipment is used to dig through the mound of debris from the collapsed 12-story Champlain Towers South condo building is seen through fencing on July 11, 2021 in Surfside, Florida.

Before their departure, members of the IDF were made honorary commanders of the MDFR team and were also gifted the key to the county.

The team was also given a water salute as their plane departed from Miami International Airport.

Meanwhile, the death toll in the Miami-area condominium collapse climbed to 94 Monday as officials planned to step up security at the site to make sure the personal possessions of the victims are preserved for their families. 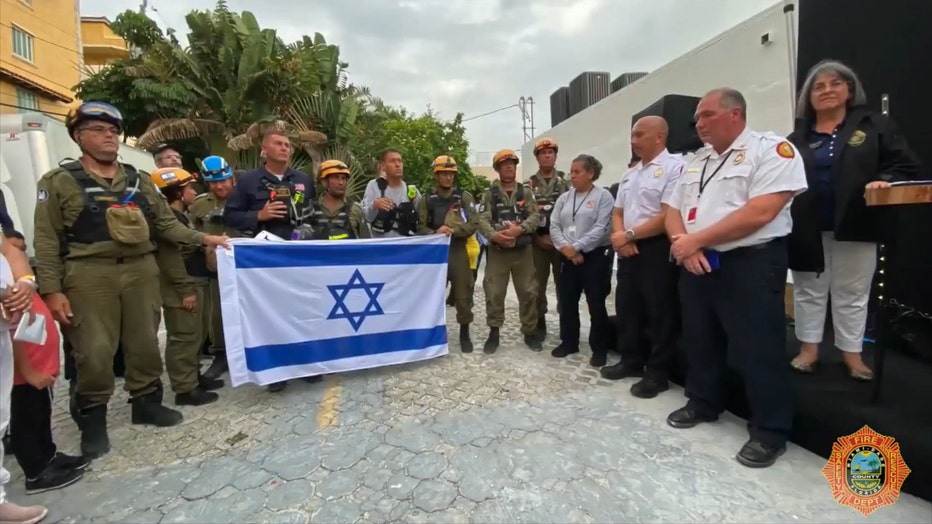 Members of an Israel Defense Forces rescue team were honored by Miami-Dade County and local firefighters on July 10, as they readied to depart Surfside. (Miami-Dade Fire Rescue via Storyful)

RELATED: Surfside victim was among those involved in Bay of Pigs invasion

Miami-Dade County Mayor Daniella Levine Cava said 22 people remain unaccounted for in the June 24 collapse of Champlain Towers South, an oceanside condo building in Surfside. Levine Cava said 83 of the victims have been identified but "the process of making identifications has been made more difficult as time goes on."

The pace of finding victims’ remains has been slow so far, with efforts focused on searching for anyone who may still be alive. That part of the process should take a couple of weeks before it turns into a recovery phase, which could also run for weeks.

Many of the building’s occupants are Jewish, and emergency workers are being careful to heed religious sensitivities as they handle what they find.

In the Jewish faith, the whole body and all its parts, including limbs, blood and tissue, must be collected in preparation for burial. Bodies should not be left overnight or exposed in the open as they are considered to be made in the image of God.