The Department of Public Safety named this opossum "Freeway" and she's&nbsp;being taken care of by the Southwest Wildlife Conservation Center since she got here on Christmas Eve.&nbsp;

SCOTTSDALE, Ariz. - The Department of Public Safety named this opossum "Freeway" and she's being taken care of by the Southwest Wildlife Conservation Center since she got here on Christmas Eve.

This young one-year-old opossum is resting up as she's a little nervous after her long journey to get here. DPS rescued her on I-10 in the east valley.

And because this marsupial is not native here, it's still a mystery how she was found all this way from home. 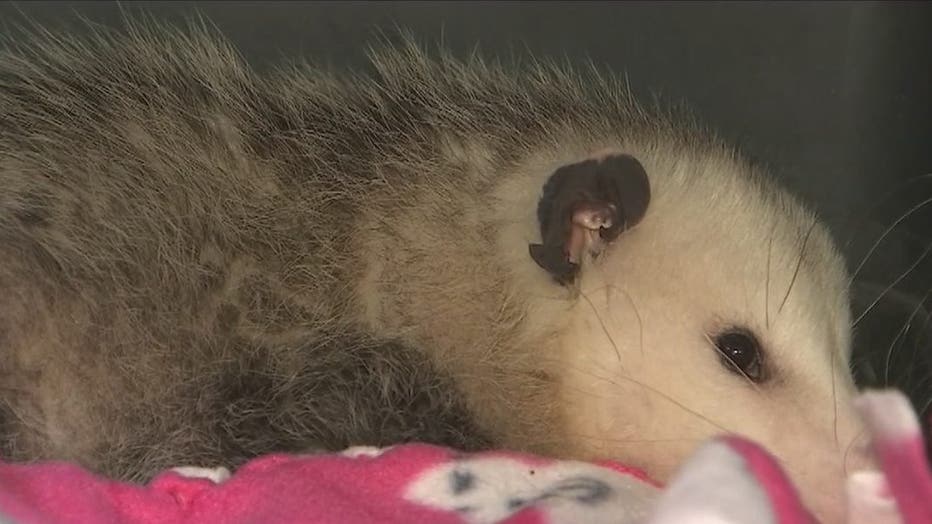 "She was found on the side of the road," said Khymberly Lewus, a veterinary technician. "We are not sure how she got there, she could have been hitchhiking from a vehicle, that has happened to our other opossums and we don't know where she came from. It is interesting to find them here they are usually found on the eastern side of the United States."

Veterinarians with the conservation center are taking care of Freeway with the help of donors, and because the breed of opossums are not from here, it makes it tricky for the animal to be released.

They say they will keep a close eye on her, but after the long journey, veterinarians say it proves opossums are extremely resilient.

"They tend to be looked at as a nuisance, but are helpful for the environment. They can eat 5,000 ticks, they don't carry Lyme Disease, their temperature is at a low range so they don't carry rabies, and other rabies and the viruses don't stay in their system," Lewus said.

Freeway will be in an incubation period for 2 weeks and then they will decide if she will stay here or move to another facility.