ATLANTA - Captain Eric Jackson has spent 25 years with DeKalb County Fire Rescue in metro Atlanta, 14 of them in the spotlight as the department's public information officer. 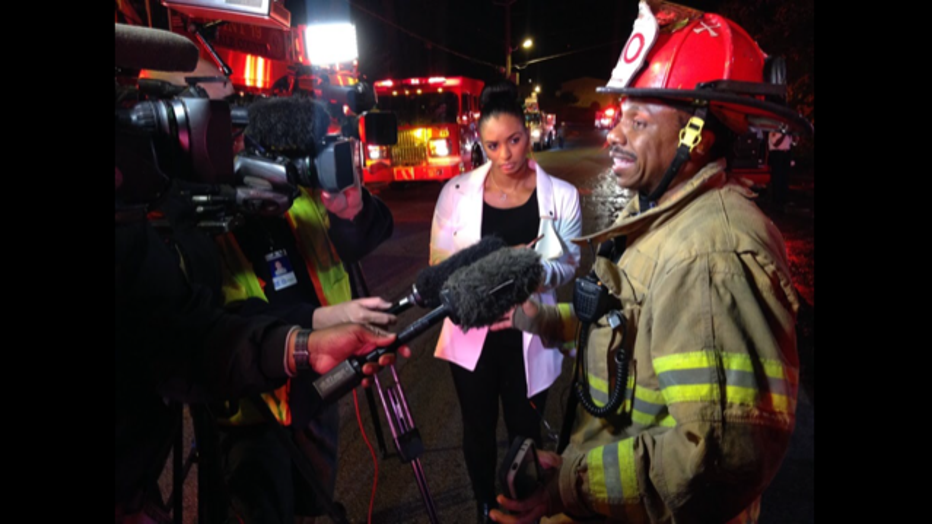 But, nothing could prepare the 51-year old veteran Georgia firefighter for his own close call on January 19, 2019.

"It's just nothing short of miraculous.  I shouldn't even be sitting here talking to you."

"It's just nothing short of miraculous," Jackson says, pausing. "I shouldn't even be sitting here talking to you."

The married father of two was at work at Station 8 on Clairmont Road in Northeast Atlanta, when the pain set in.

"It was a like a sharp, pinpoint pain, that I could literally put two fingers on, here on my side," Jackson remembers. 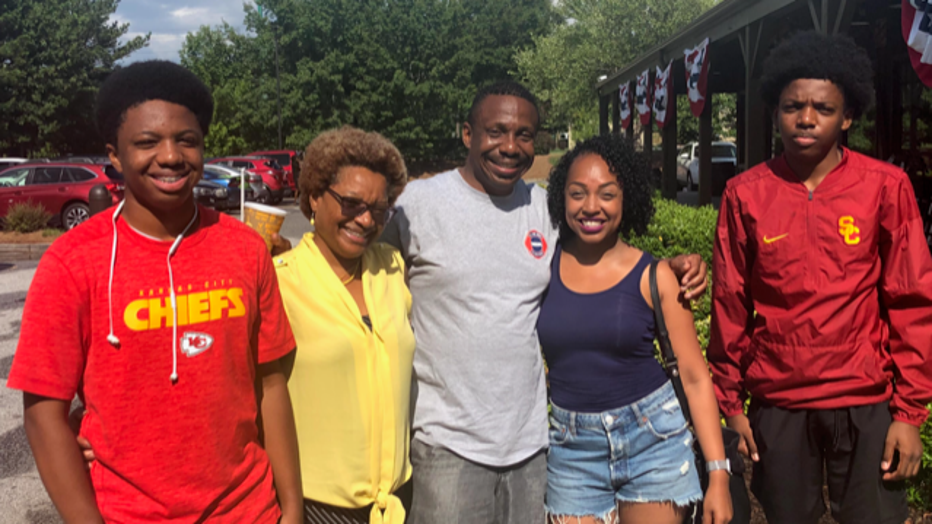 The sharp pain came and went over the next hour or two, and it was getting harder for Jackson to catch his breath.

He found himself leaning to one side, just so he could breathe.

So Jackson called his chief, who drove him to nearby hospital ER.

At first, he says, they thought he might have kidney stones, because of the location of the pain.

"The first CT scan didn't reveal anything," Jackson says.  "So, they gave me some medication, and I was discharged." 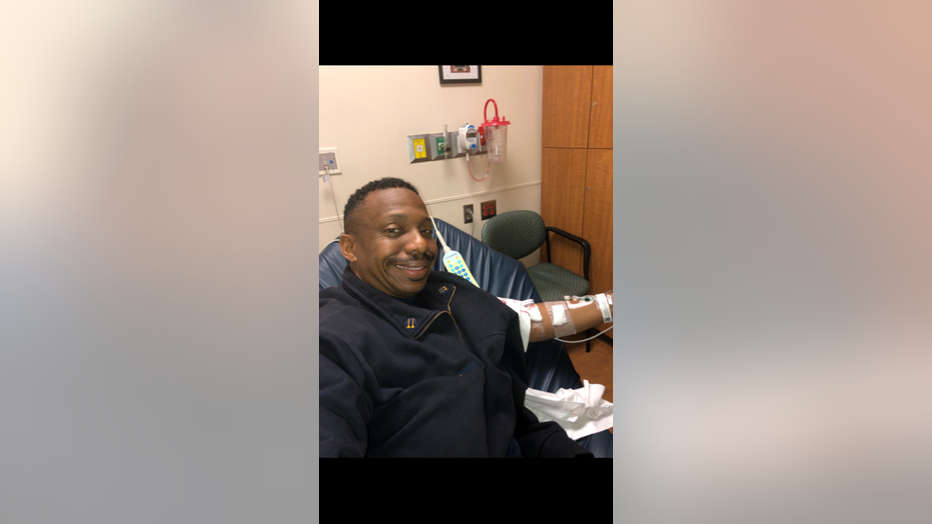 He went home to Clayton County.

The next morning, driving his teenage son to church, Jackson says, the pain returned.

This time, Jackson's wife drove him to another hospital near their home.

After four hours in the ER, Jackson says, he was diagnosed with clinical pneumonia and sent home with prescriptions for pain medication and an antibiotic.

On the way back to their house, the Jacksons stopped at Kaiser Permanente in Jonesboro to pick up the medication at the pharmacy. 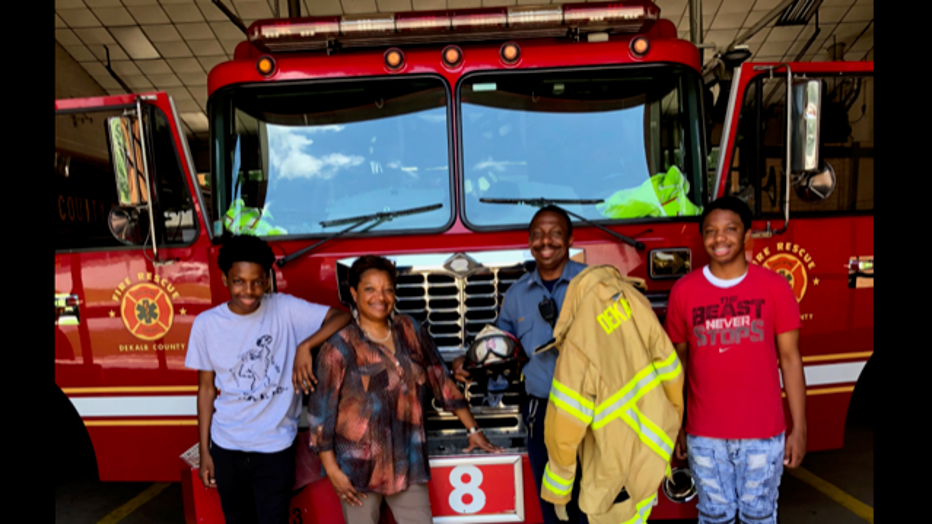 Captain Eric Jackson and his family stand in front of a firetruck at Station 8.

That's when the pain hit him again, this time bringing Jackson to his knees.

A pharmacy technician saw what was happening and called in an emergency code, and the staff from the facility's acute care center responded.

"Captain Jackson looked pretty bad; he was in a lot of pain," Dr. Host says.

"They took me into one of the rooms," Jackson says.  "Now, they're evaluating me, getting an IV line placed." 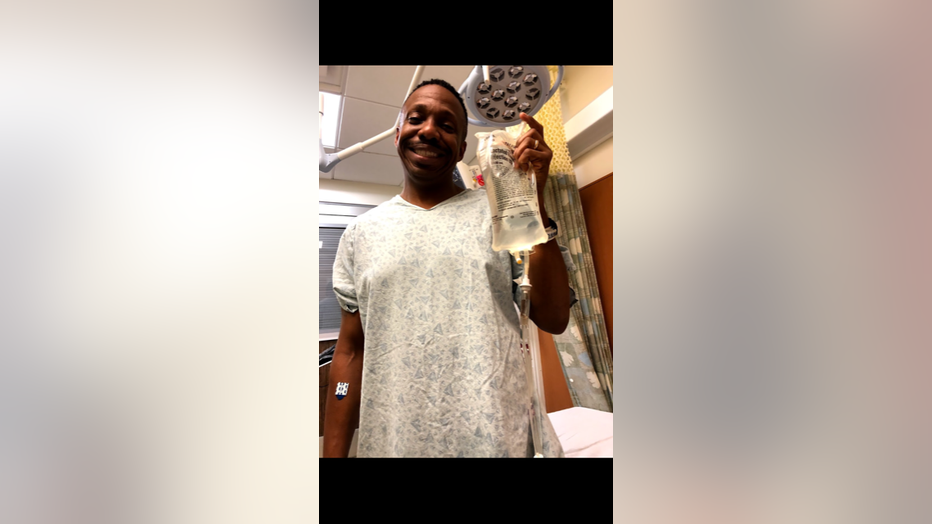 She ordered an EKG, to see if Jackson might be having a heart attack.

The EKG, too, was normal.

So, Dr. Host ordered a CT scan with contrast dye, to try to see what was happening inside Jackson's lungs.

That's when she spotted the problem:  he had tiny blood clots, known as pulmonary embolisms, lodged in the arteries of both of his lungs. 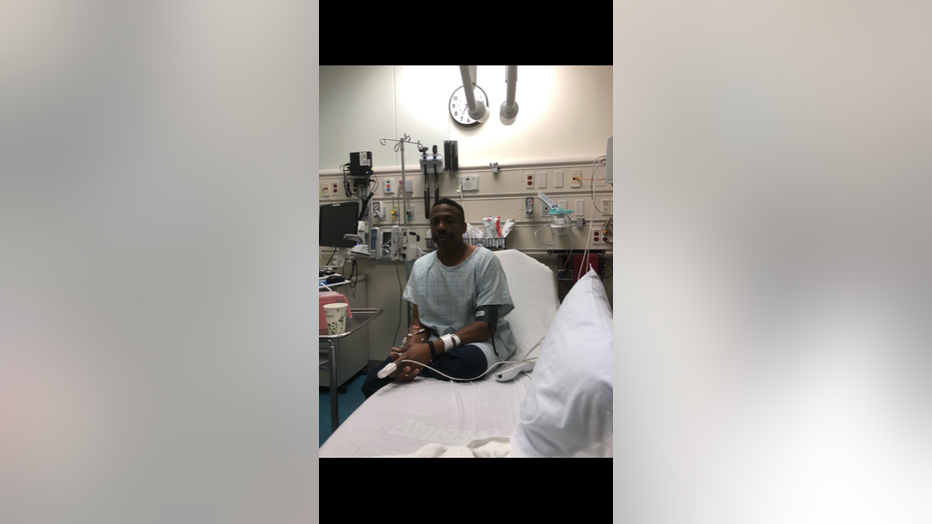 He says he has responded to medical calls over the years for people with pulmonary embolisms, who died quickly.

"This is kind of serious, kind of real serious."

But, if the clot is large enough, or if it breaks into many smaller clots, it can completely block an artery in the lung, which can be fatal.

"With no more blood flow, you don't survive that."

It is still not clear what triggered Jackson's blood clots or where they originated in his body.

He says he hadn't traveled, had surgery or suffered an injury in the months before his scare, which can all raise the risk of a blood clot.

He was put on blood thinners to dissolve the clots, then ordered to take a 3-month break from work. 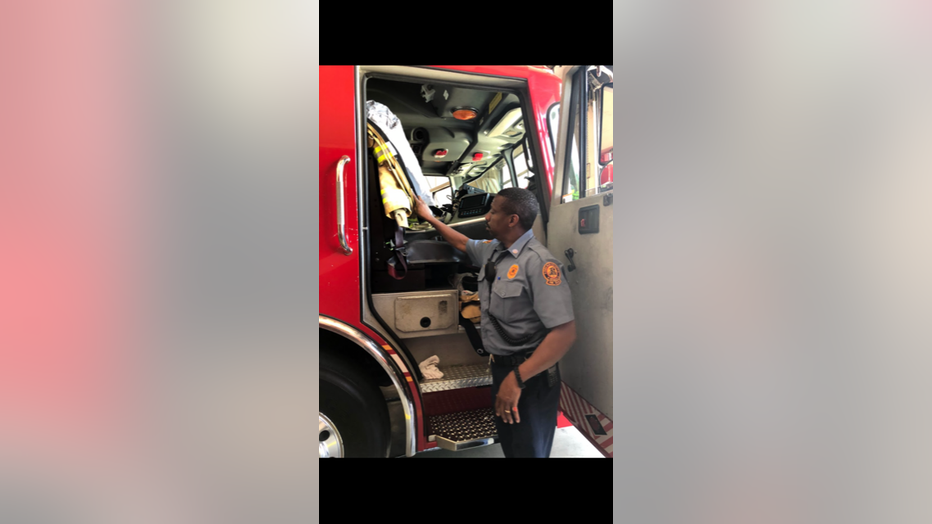 He hadn't taken more than two weeks off since his second son was born 15 years ago.

Jackson says the time away from work gave him time to think about his life and his priorities.

"I've just made it a concerted effort to get my life order because my life could have gone like that," he says, snapping his fingers.

Jackson says he thought about his wife and their two teenage boys.

He has come to see this close call as a spiritual wakeup call.

"I've just made it a concerted effort to get my life order, because my life could have gone like that."

"It told me how much that perhaps I was failing in my faith," Jackson says.  "Because I wasn't putting the attention where it should have gone: faith first, family, then my job.  It's easy to get convoluted,  easy to get those out of order.  In a lot of ways, I felt like He was just sitting me down, because I was doing too much."

Ten months after his health scare, Captain Jackson is back at work with DeKalb Fire Rescue, and feeling, he says, incredibly lucky.

The symptoms of a PE can vary and often worsen with exertion.

Sometimes, there are no symptoms.