Glendale Police officials say a man accused of involvement in three armed robberies did so the day after Halloween, and while wearing a costume. FOX 10's Justin Lum reports.

PHOENIX - Glendale Police officers have arrested a man they believe is linked to three separate armed robberies that happened the day after Halloween.

The man is accused by police of putting on different Halloween masks to rob clerks for hundreds of dollars.

On Friday, FOX 10's Justin Lum spoke with one of the victims.

"I get a little scared being here at work, but I gotta work and it's a hazard of the job, but I'm a big girl. I've been through worse," said Christina Reynolds.

Reynolds is putting on a brave face for customers, but it's only been a week since she said a man, hiding behind a mask, held her at gunpoint.

"He came in, threw a bag at me and cocked the gun back, and told me he wasn't playing, that he wanted all the money," said Reynolds.

Reynolds handed over the cash, thankful to be alive. Now, police officials have identified the suspect as 32-year-old Jermarion Imasuku.

After seeing Imasuku's mugshot, Reynolds said he's a customer she has talked to many times. 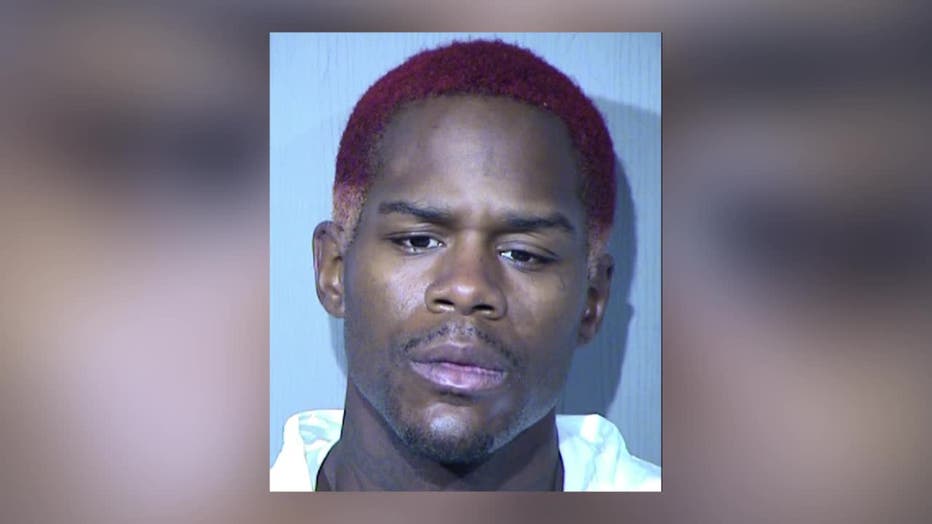 According to police, Imasuku robbed clerks at two other businesses: a Circle K at 51st and Orangewood Avenues, and a Motel Six near 59th and Glendale Avenues, all on the day before Imasuku allegedly robbed Reynolds at a 76 gas station.

As for the disguises Imasuku allegedly used, they were a "Jack" mask from "The Night Before Christmas", a surgical mask with a baseball hat, and a "Jason" style goalie mask from "Friday the 13th".

Reynolds, meanwhile, isn't amused by the Halloween heist, and she's got a message for Imasuku.

Investigators also spoke to Imasuku's girlfriend, and they say she confirmed Imasuku as the suspect, as seen on video. Police also served a search warrant at his home, and found all the masks and costumes.