Justin Herbert threw a 1-yard touchdown pass to Austin Ekeler with 15 seconds left, then hit Gerald Everett for the decisive conversion to give the Los Angeles Chargers a 25-24 win over the Arizona Cardinals on Sunday.

Here's a light of holiday-themed events happening in the Phoenix metropolitan area this winter season.

Police say someone called 9-1-1, saying they heard a gunshot and a man screaming in the area of 59th and Bethany Home avenues. 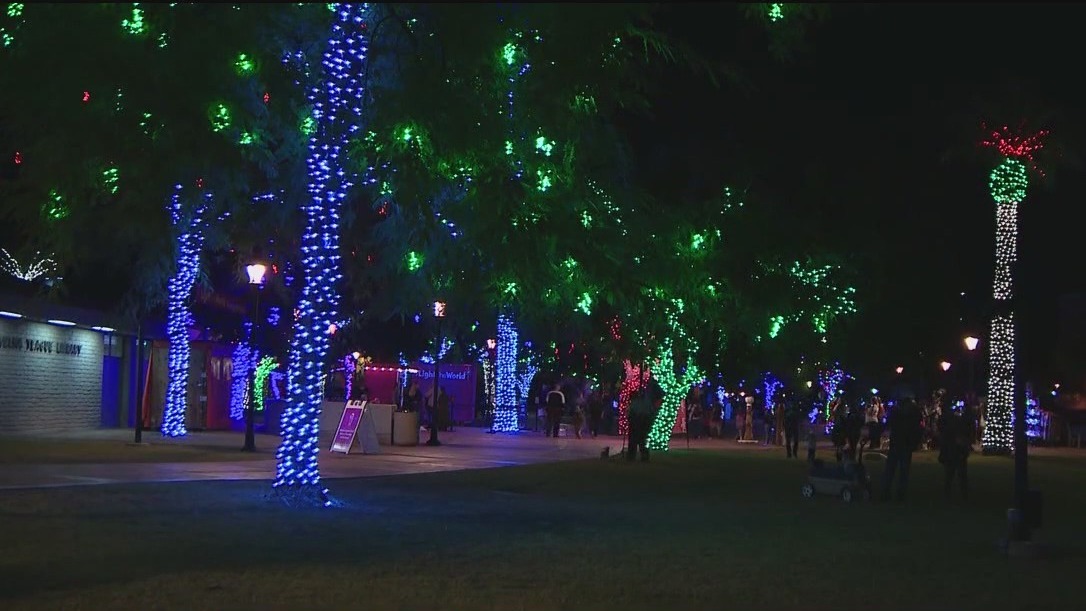 The holidays are here, which means it's time for Glendale Glitters to flip the switch. FOX 10's Lindsey Ragas reports. 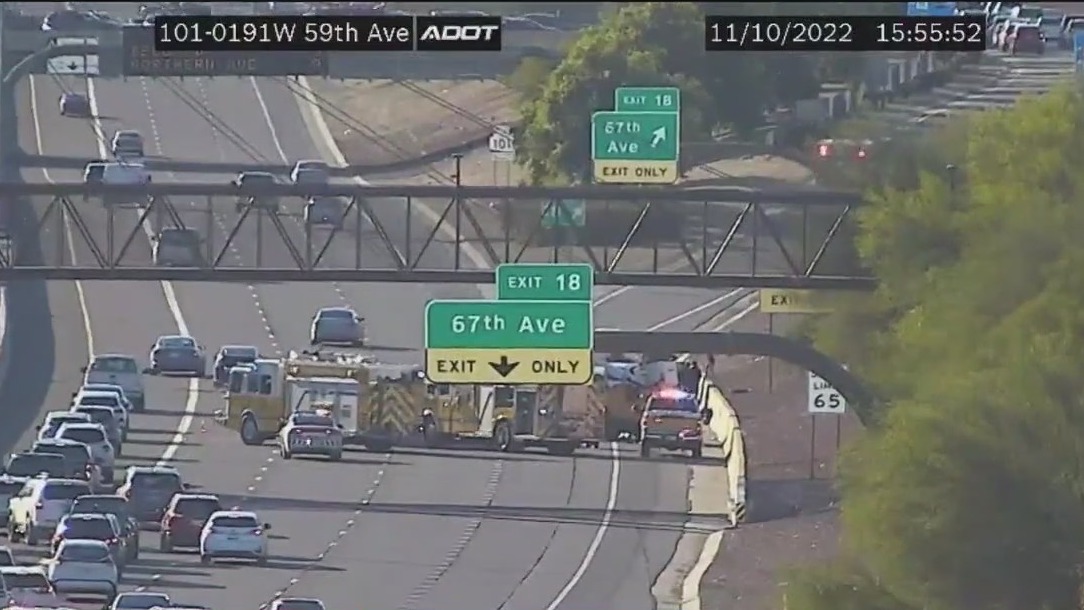 One person has died following a collision on Loop 101 near 67th Avenue. DPS says the crash involved a utility truck, semi truck, and two cars.

Need plans this weekend? From Veterans Day ceremonies to pizza festivals to golf parties, here's what's going on in the Phoenix area for Nov. 11-13:

Officials with the cities of Chandler, Glendale, Mesa, Phoenix, Tempe, and Scottsdale have begun some stages of drought protocols.

The officer reportedly had been driving through an intersection at 75th Avenue and Glendale with a suspect in custody in the backseat at around 12:30 a.m. when the crash happened.

For a moment, the Seahawks looked like they were in trouble. The Cardinals grabbed a 14-10 lead in the third quarter when Zaven Collins returned an interception 30 yards for a touchdown. 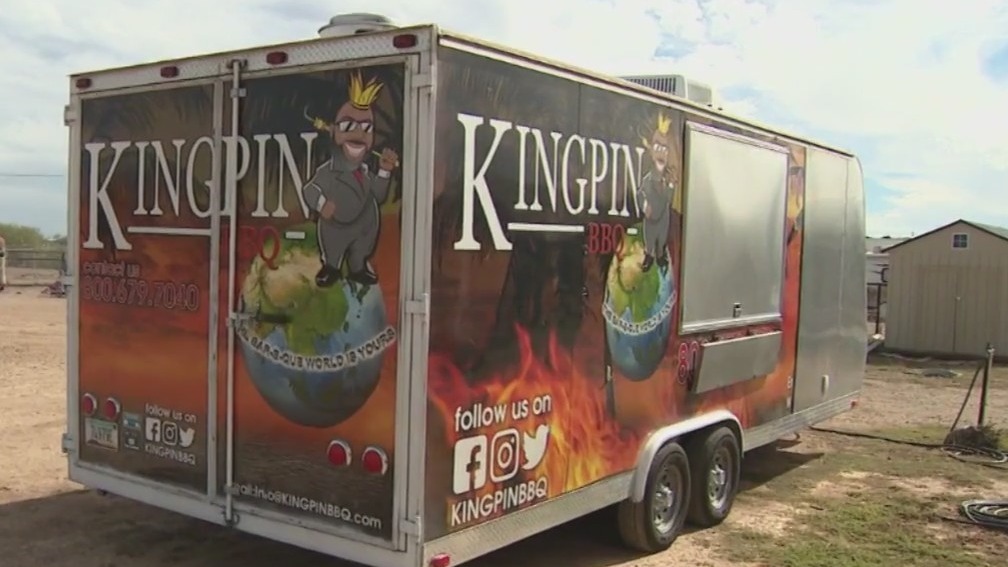 A Valley BBQ business was gearing up to feed hungry Super Bowl fans in a few months, but then the owners' house burned down, along with a lot of equipment. They're having to come up with a new game plan with the help of friends and complete strangers. FOX 10's Steve Nielsen has more. 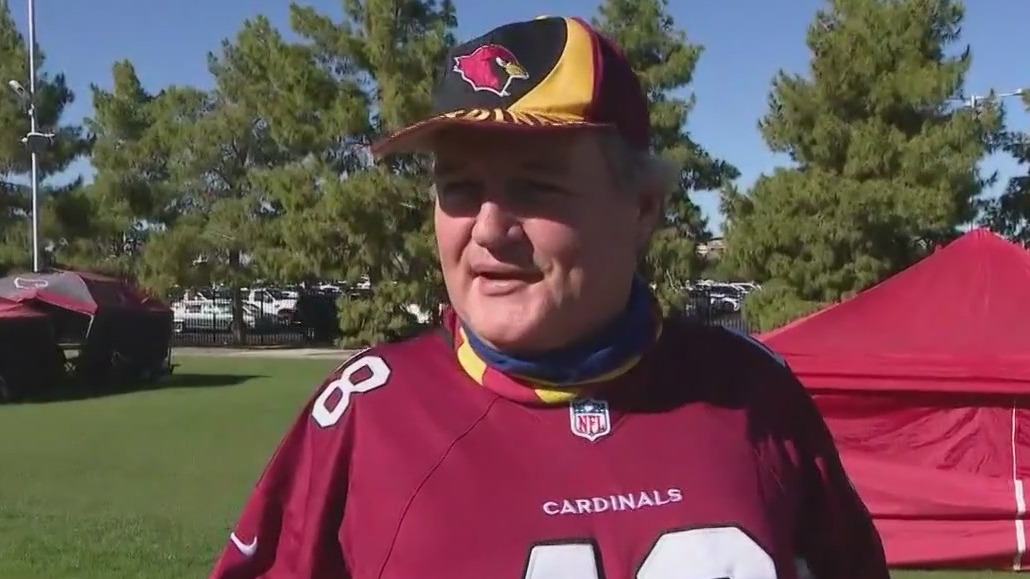 FOX 10's Lauren Clark chats with Arizona Cardinals fans at State Farm Stadium in Glendale ahead of the team's faceoff against the Seattle Seahawks. Although the Cards lost, fans still enjoyed cheering on the team.

Glendale police are investigating a deadly shooting at a business where a party was reportedly being hosted near 51st Avenue and Camelback. 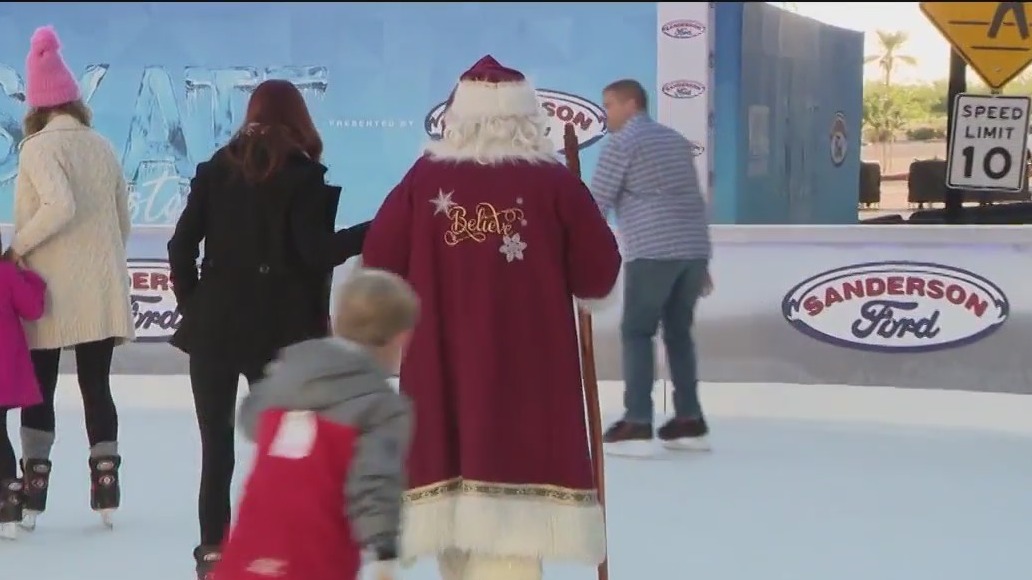 Want to go ice skating in the desert? Check out Skate Westgate, which opened its doors Friday and will be open for the public until Jan. 16.

The highly-anticipated tour kicks off next year on March 18 in Glendale, Arizona, and wraps up with two nights in Los Angeles on Aug. 4-5 at SoFi Stadium.

On Oct. 31, police announced the suspect, identified as Eduardo Hidalgo Mendez, was arrested. The French Bulldog was found safe and reunited with its owner.

The YouTube superstar, who is undefeated in the ring since he decided to get into the sport, will go toe-to-toe against one of the top mixed martial arts stars in the world.

According to court documents, the incident started after a woman called police to report that she had tried to call her father, but her brother answered the phone and said that he had shot the dad.

Officials with the NFL and the Arizona Super Bowl Host Committee have announced a number of events ahead of 2023's Big Game, which is set to take place at State Farm Stadium in Glendale.

George Strait, Chris Stapleton and Little Big Town announced a six-stadium tour, with a planned stop at State Farm Stadium in Glendale on May 6, 2023. Tickets go on sale Nov. 4, 2022.

The is an excitement of sorts in the Phoenix area on Oct. 20, as the Arizona Cardinals prepare face the New Orleans Saints at State Farm Stadium. FOX 10's Lauren Clark reports.