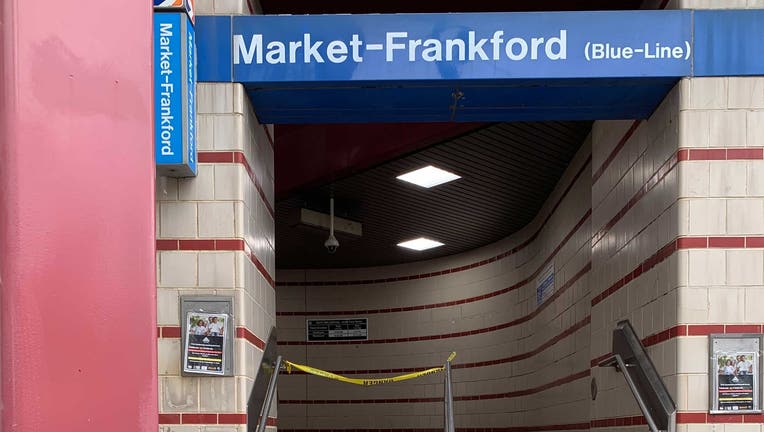 PHILADELPHIA - A man suspected of opening fire on a SEPTA train car Monday, injuring another man, has died after officials say he attempted to flee and fell between the cars.

The incident happened at about 6:15 a.m. on a train that was going northeast between Arrott and Frankford.

According to authorities, a 27-year-old man was shot once in the torso and once in the arm. He was taken to Temple University Hospital where he was listed in stable condition.

After the shooting, officials say the suspect attempted to get off the moving train in the area between cars.

Sources tell FOX 29 the suspect fell between the cars and he was later found dead on the tracks.

Shuttle busses operated between Allegheny and Frankford as police investigated, but train service has since resumed.

FOX 29's Steve Keeley has the latest details on the ongoing violence issue in Philadelphia.