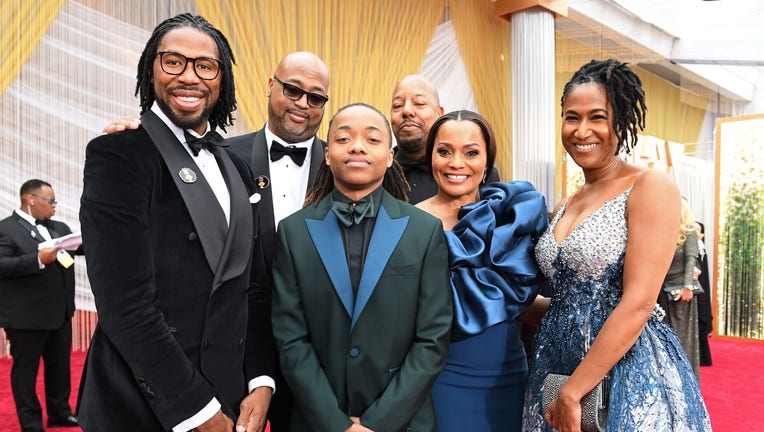 The Mont Belvieu teen who was at risk of not walking at graduation because his hair walked the red carpet at the Oscars.

The producers of the Oscar-nominated short film “Hair Love” invited De’Andre Arnold to attend as their guest. The animated short film is about a father who tries to do his daughter's hair for the first time.

The team picked up an Oscar for Best Animated Short Film for "Hair Love", and gave a special shoutout to DeAndre in their acceptance speech.

"In cartoons, that's when we first see our movies and that's how we shape our lives and think about how we see the world," said Karen Rupert Toliver.

“Hair Love” director and producer Matthew Cherry wrote on Twitter, “Since Deandre Arnold’s school didn’t want to let him walk at his graduation because of his hair, we figured that he should walk with us on the red carpet at the #Oscars as our special guest.”

The producers of the Oscar-nominated short film “Hair Love” invited De’Andre Arnold to attend as their guest.

De’Andre and his family were flown to Los Angeles and had their hotel and transportation taken care of courtesy of Gabrielle Union and Dwyane Wade, according to Cherry. Dove paid for their Oscar tickets as well as wardrobe and glam for the night.