RELATED: Never forget: A timeline of the events of September 11, 2001

On Sept. 14, 2001, the then-president gave his “bullhorn address” standing next to retired firefighter Bob Beckwith. Bush called out to the the first responders surrounded by wreckage as they mourned the loss of the thousands that perished just days before.

“I want you all to know that America today, America today is on bended knee, in prayer for the people whose lives were lost here, for the workers who work here, for the families who mourn. This nation stands with the good people of New York City and New Jersey and Connecticut as we mourn the loss of thousands of our citizens,” Bush said. 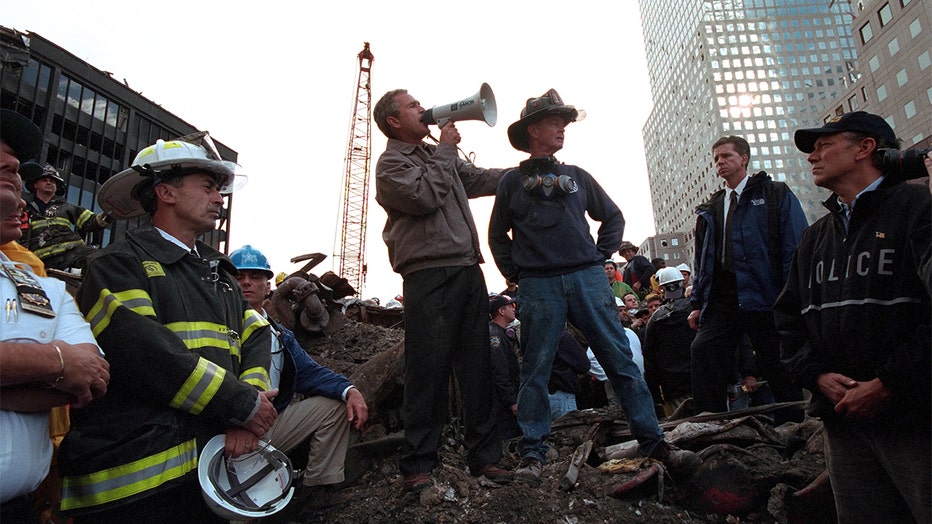 As Bush continued his speech in the chaotic setting using a megaphone that projected his voice, rescue workers yelled back, “We can’t hear you!”

“I can hear you! I can hear you! The rest of the world hears you,” replied Bush. “And the people who knocked these buildings down will hear all of us soon.”

“The nation sends its love and compassion to everybody who is here,” Bush continued. “Thank you for your hard work. Thank you for making the nation proud and may God bless America.”

RELATED: ‘Tomorrow that number could rise': 241 NYPD officers have died from 9/11-related illnesses