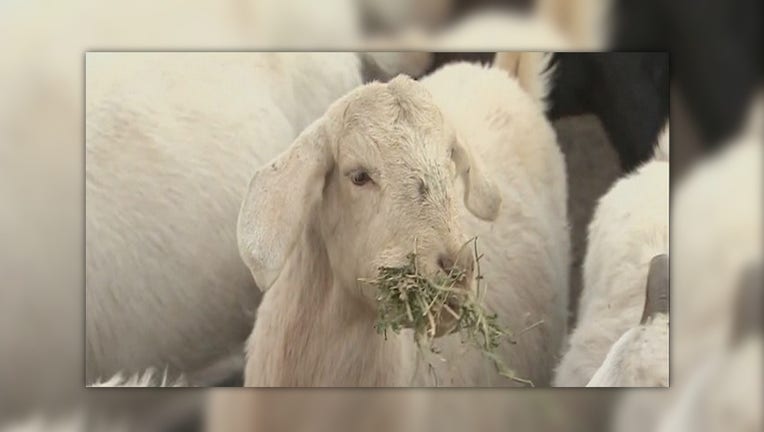 HILLVIEW, Ill. (AP) - An Illinois power company turned to a herd of goats to clear a steep, rocky plot of land so crews could reach electric lines.

The 50 goats spent about two weeks this fall chewing dense honeysuckle bushes and troublesome poison ivy down to the nub for Ameren Illinois. The utility company hired Litchfield-based Goats on the Go for the job on a 4-acre area near the Greene County village of Hillview.

Ameren Illinois construction services director Raymond Riddle said he was skeptical at first but was amazed at how quickly the goats cleared the section.

He said the goats were probably safer and more cost effective than having the company's crews do the work in the rugged area. Riddle said the utility might also use goats in sections of the Shawnee National Forest next year.

"They work long hours and they work weekends," Dave Schenk, Ameren's vegetation supervisor said, according to local reports. "We didn't have any complaints."