One man was wounded and families ducked for cover when an argument at a Dallas restaurant ended in gunshots.

DALLAS - A North Texas doctor is recovering after he was shot twice in the leg at a North Dallas Dave & Buster’s Sunday afternoon.

His relatives said he was an innocent bystander to an argument between others over a stuffed toy.

At the time of the shooting, the restaurant was full of parents and children, who ran for cover.

“All the employees were trying to get us out of the building to a safe area. A lot of people went through the kitchen,” Carlos Pichardo said.

It was tense moments inside the Dave & Busters near N. Central Expressway and Walnut Hill Lane, as family fun turned to violence.

Dr. Carlos Chapa was shot twice in the leg, and paramedics treated him for non-life threatening injuries. His family said he was released from the hospital Sunday night. 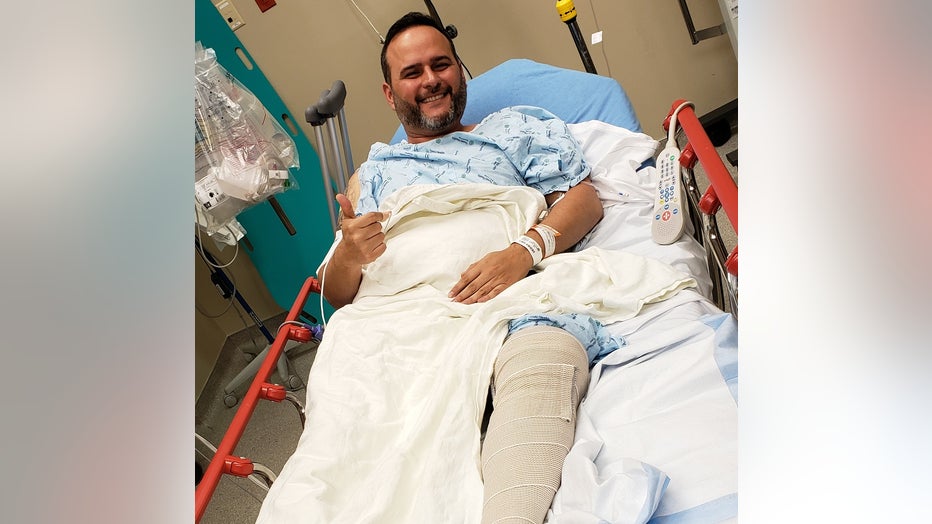 “Next thing I know, I'm trying to purchase something with my kids and shots start going. I cover my kids first and then I run out there because it's my dad right there, and it's my brother who got hit on the leg,” the victim’s brother recalled.

The restaurant was full of people just after 2 p.m. when police said two adults got into an argument and decided to take the fight outside.

On the way out the door, they said the suspect turned around and opened fire, striking Chapa.

His relatives said he was not the intended target and was not part of the initial dispute.

Witnesses said the argument was over a child's stuffed toy.

“I was hoping and praying for an emergency exit, and luckily, when I opened it, the siren went off and signaled. And I was screaming for people to run because they were just playing games and didn't know what was happening,” the victim’s sister, Katherine Martinez, said.

Wilson and her father, Kirk, hid in a closet, securing the door the best they could.

“I try to find some kind of cable to hold the door to keep it from swinging out,” Kirk Wilson said. 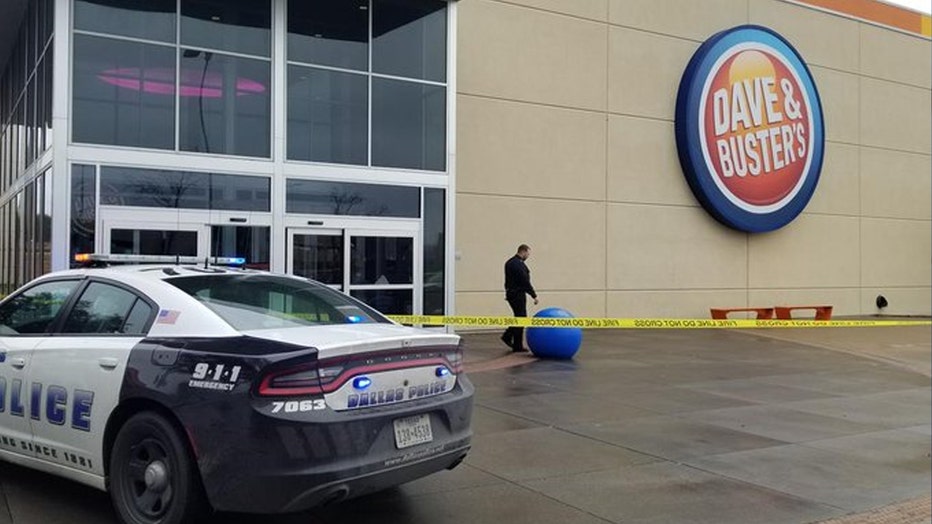 “First thought was grab the kids and get them out the door, and not knowing where one of them was a little panicky for a moment, but I think we all did a really good job. All the families go together and started counting kids,” Belinda Young said.

“You are not safe anywhere. That's just the world, and the earlier you figure that out, the better,” Pichardo added.

Police said that a suspect was taken into custody, but that person has not yet been identified.