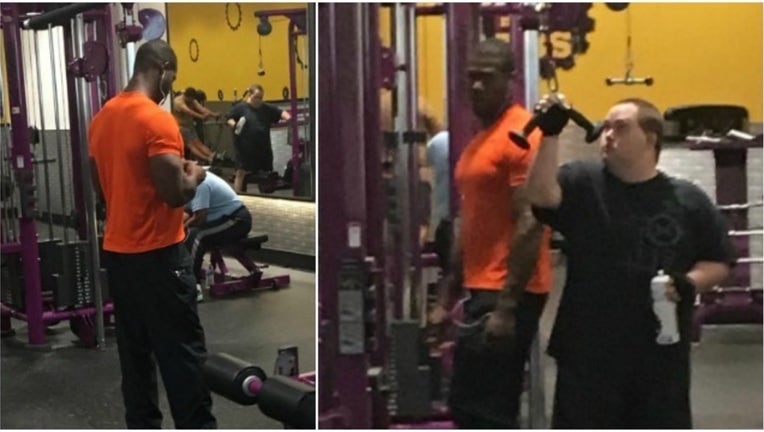 PASCAGOULA, Miss. - A man's Facebook post has quickly gone viral after he said he witnessed an incredible act of kindness at a Mississippi gym.

Ricky Derouen said he wanted to recognize a stranger, identified as David Samuel, after watching him spend time with a man who has special needs, Derek Medjesky, at a Planet Fitness in Pascagoula.

"He doesn't seem like the bragging type so I'll brag for him," Derouen said.

Derouen said Medjesky, more commonly known as "Mojo," approached Samuel as he was working out about 10 different times in 45 minutes with handshakes, hugs, questions, and conversations.

"Not only did this man smile, laugh, give him workout advice multiple times, and joke back with him while getting in his own workout, but he didn't care who was watching while doing it," Derouen said. "His patience, compassion, and friendliness were next level admirable."

Derouen said toward the end of his workout, Medjesky walked up to him and pointed to Samuel and said "that's my friend," with a big grin on his face.

"The world needs more people like this man in the orange shirt, well-done sir," Derouen said.

Derouen shared two pictures of the men working out together on Facebook. His post has more than 146,000 likes and 40,000 shares. Derouen went on to update his post, stating he had identified the kind-hearted stranger as David Samuel.

"His {Samuel's} response has been gratitude for me recognizing it," Derouen told FOX 5.

Derouen told FOX 5 Mojo's energy and love for life are humbling and something to behold.