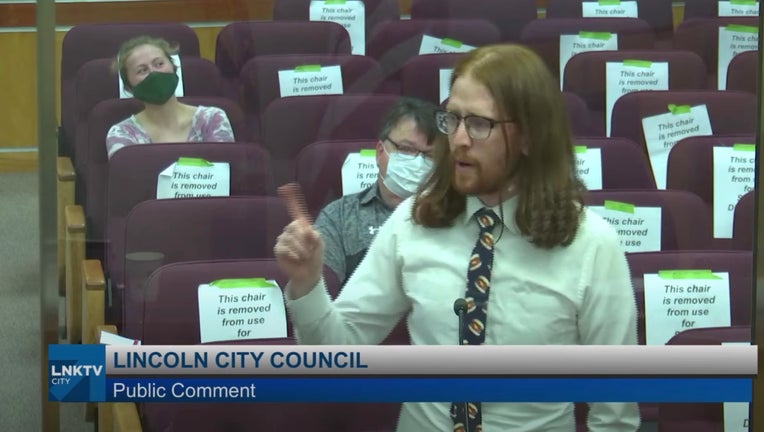 Ander Christensen advocating for 'boneless chicken wings' to be given a new name on Aug. 31, 2020 in Lincoln, Nebraska.

Sometimes you need to stand up for what you believe in, and one Nebraska man did exactly that at a city council meeting where he passionately advocated to change the name of “boneless chicken wings.”

At a Lincoln City Council meeting held on Aug. 31, the man, named Ander Christensen, advocated for “boneless chicken wings” to be given a new name because it’s confusing to children, according to Christensen.

“Lincoln has the opportunity to be a social leader in this country,” Christensen said, in a speech to the council. “We have been casually ignoring a problem that has gotten so out of control, that our children are throwing around names and words, without even understanding their true meaning. Treating things as though they’re normal.”

Christensen then listed the reasons why he was advocating for the change.

“Our children are being raised, being afraid of having bones attached to their meat,” Christensen said. “That’s where meat comes from, it grows on bones. We need to teach them that the wing of a chicken comes from a chicken, and it’s delicious.”

Christensen did not come to the meeting unprepared.

He even provided some suggestions for a new name for boneless chicken wings.

“We can take these steps and show the country where we stand, and that we understand that we’ve been living a lie for far too long, and we know it, because we feel it in our bones.”

Once Christensen concluded his speech, a city council member who was present lowered his mask to respond.

“I would like to just comment here,” the council member said, “For the record, that’s my son.”