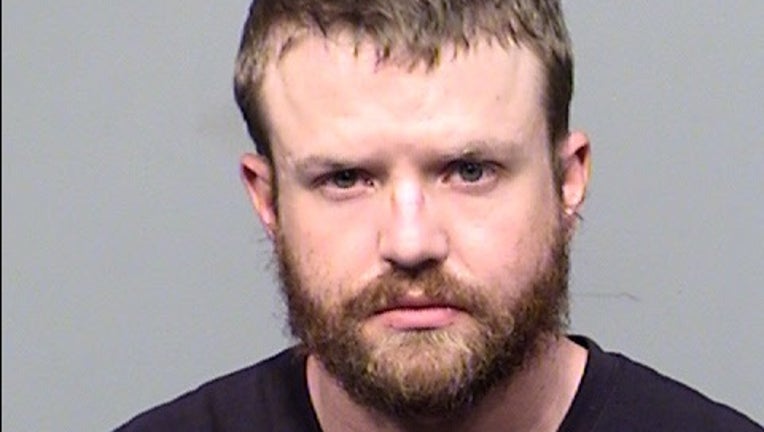 PRESCOTT, Ariz. - A man sought in New Mexico where he is charged with impersonating a peace officer is now accused of the same crime in Arizona, officials said.

Aaron Wells, 30, of Crown King was arrested on February 21. He is accused of telling people he was an undercover federal agent and being a felon in unlawful possession of a firearm, the Yavapai County Sheriff’s Office said Tuesday.

According to YCSO, in early February, deputies received reports from people in the Crown King community who reported concerns over social media posts involving Wells.

"Business owners and residents alike shared information posted by Wells in which he asserted he was an ATF agent while threatening those he claimed
were spreading rumors about him. He was using the moniker ‘Atf Nick,’ and was staying in a house on Sunny South Road in Crown King. Wells was known to always carry a handgun," stated YCSO's Dwight D'Evelyn.

The Sheriff’s Office said Wells also was sought on felony warrants in New Mexico. Records there indicate Wells is sought in Magistrate Court in Aztec on charges of impersonating a peace officer and of fraud.

"Wells gave a fake name at the time of his arrest and identified himself as an ATF agent. After he was confronted with investigative information, Wells admitted he lied on both counts," said D'Evelyn.

Wells remained jailed in the Yavapai County jail on Tuesday and court records don’t list an attorney who could comment on the allegations.

Man wanted for impersonating police in NM arrested in Illinois