An early morning house fire in Sundance Ranch sent one man to the hospital on Nov. 28.

PHOENIX - One person was hospitalized after a fire broke out at a home near 79th Avenue and Lower Buckeye Road early Sunday morning, Phoenix fire officials said.

First responders were called to the home at 4 a.m. on Nov. 28. When they arrived, a fire that had started in the backyard had spread to the inside of the home, according to Phoenix Fire.

Firefighters found and rescued a man inside who was suffering from smoke inhalation, and he was eventually taken to the hospital for further treatment.

Investigators are working to figure out the cause of the fire. No other injuries were reported. 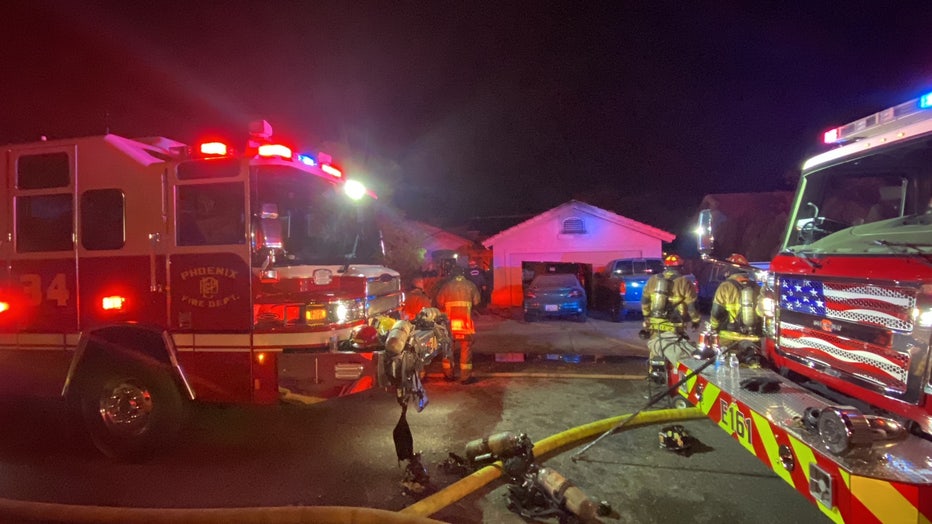