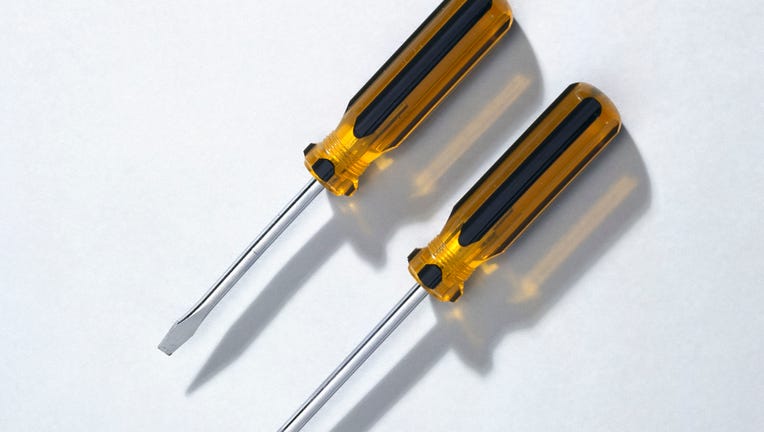 Generic photo of two screwdrivers, side by side. (Photo by SSPL/Getty Images)

MIAMI, Fla. - WARNING: Due to the graphic nature of this story, discretion is advised

Doctors at one Florida hospital have documented an uncommon medical case where surgery was done on a man to remove a screwdriver that had pierced a portion of his rectum.

The report was written by members of the surgery department at a Miami-area medical center, and was published by the Annals of Medicine & Surgery in October. According to the report, the man is a 46-year-old who complained of having pain in the lower abdomen and pelvic area for a week.

Doctors say a CT scan of the man later revealed he had a perforation in his rectum, as well as a foreign object that resembled a screwdriver. At that point, the man was given fluids and antibiotics.

According to the report, surgeons eventually had to remove the screwdriver via a laparotomy procedure. The man was left with a colostomy following the operation, but that is expected to be reversed later on in the year.

The man has a significant past medical history of schizophrenia, bipolar disorder, and noncompliance with medications, according to the report.

"This case highlights the importance of maintaining a high index of suspicion when encountering psychiatric patients with nonspecific lower abdominal or anorectal pain with inconsistent presentations," the report wrote.

This story was reported on in Phoenix.