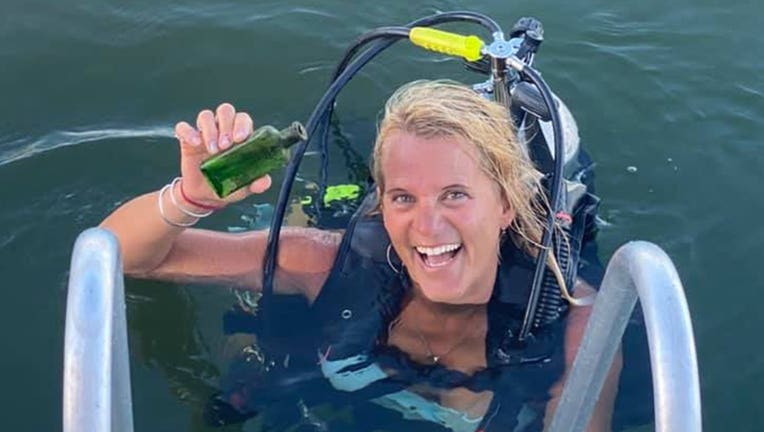 Boat captain Jennifer Dowker found a 95-year-old message in a bottle last week while she was scuba diving on the Cheboygan River. (Courtesy of Nautical North Family Adventures)

CHEBOYGAN, Mich. - When boat captain Jennifer Dowker saw a small green bottle at the bottom of the Cheboygan River, she picked it up, thinking it might keep a prospective client interested in scuba diving.

Little did she know she had found something that would interest many more than just the one client.

Dowker is the owner of Nautical North Family Adventures, which runs shipwreck tours and scuba diving lessons in Cheboygan, Michigan. Last week, while she was cleaning the bottom of her glass-bottomed boat, the Yankee Sunshine, she found a message in a bottle dated 1926.

Dowker told Fox News that she finds a lot of glass bottles and even has a collection, though she had never found a message in a bottle until last week.

"Honestly, I figured it was just another bottle until, when I picked it up off the fish bed, I could see that there was a paper inside, so I was like, oh, that's pretty cool," Dowker told Fox.

Dowker said she returned to the boat to show the discovery to her first mate and the diving client.

Dowker handed the bottle -- which was about two-thirds full of water -- to her first mate, who removed what remained of the cork. Dowker said they had trouble removing the paper from the bottle, so used a pick in order to keep the bottle intact. 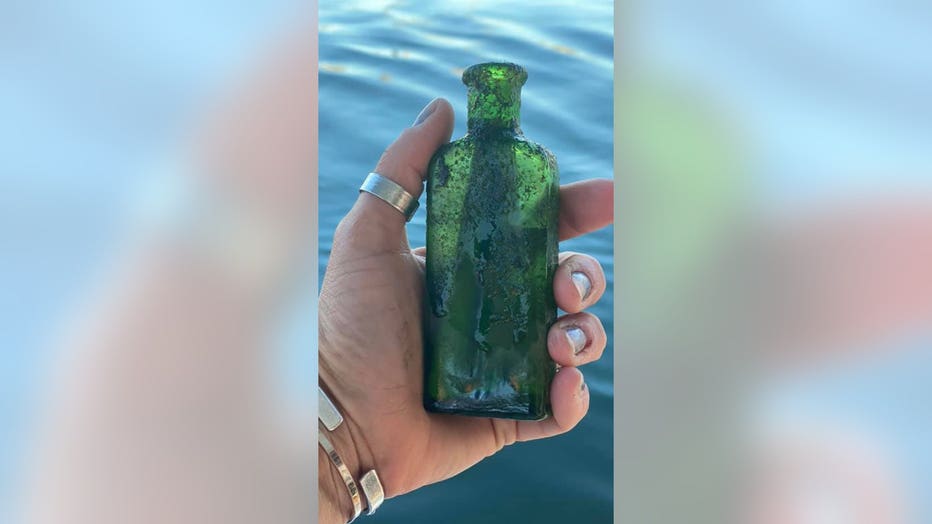 At first, Dowker said she thought it was just a nice bottle and it wasn't until she picked it up that she realized there was a piece of paper inside. (Courtesy of Nautical North Family Adventures)

"Once we read it, we were all in shock," Dowker said. "We were like, this is awesome, the find of a lifetime."

According to pictures of the note that Dowker posted on social media, the note was dated November 1926.

It said: "Will the person who finds this bottle, return this paper to George Morrow, Cheboygan, Michigan, and tell where it was found?"

Dowker said the name Morrow is fairly common to the area, so she figured if she posted a picture of the note and the bottle on Facebook, the letter-writer would be found in no time.

Within a day or two, Dowker's phone was blowing up with leads and recommendations on how to find the original writer.

Being a single mom to three teenage boys, Dowker was unsure how she was going to make time for the search.

Thankfully, the answer to Dowker’s mystery found her, instead.

Dowker told Fox she got a call from a woman named Michele Primeau on Father’s Day. According to reports, Primeau’s father, George Morrow, died in 1995. 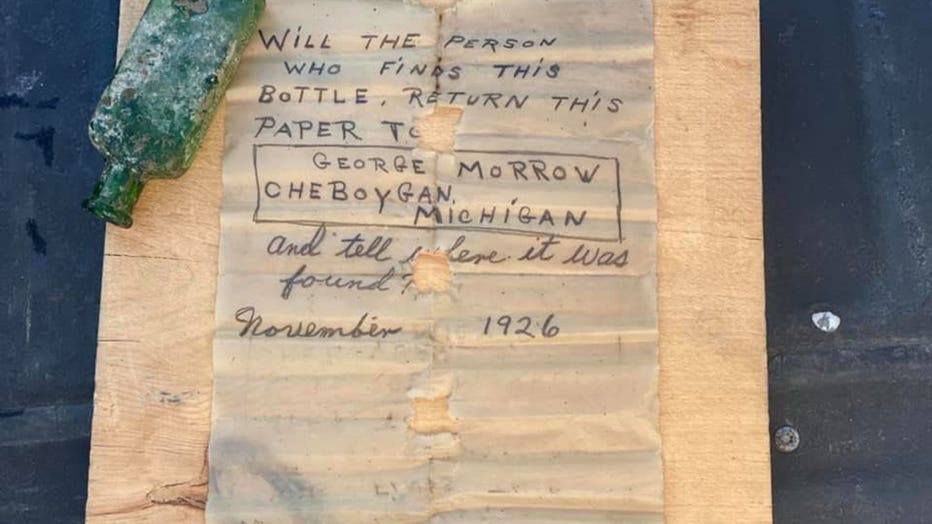 The note was dated from November 1926 and the writer, George Morrow, asked that the finder return the note to him. (Courtesy of Nautical North Family Adventures)

"She was really emotional," Dowker said. "It's pretty obvious that she is his daughter, because she has a diary that he had kept, so she had his handwriting sample and it's typical of something her father would have done."

Dowker went on, "Apparently, he put bottles in the water and put notes in walls…he was just sentimental like that."

Dowker said that at the request of Primeau, she and her team will hold the treasure in a shadowbox along with a photo of Primeau's father from 1926.

All will remain on display at Nautical North Family Adventures to "keep his memory alive," Dowker said.