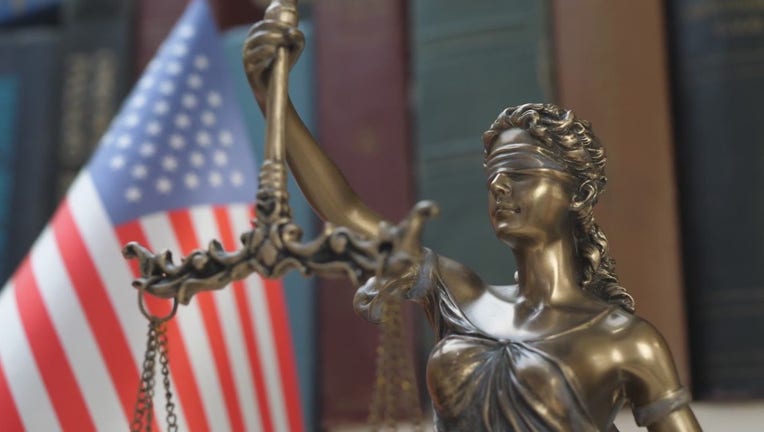 BIRMINGHAM, Mich. (FOX 2) - A 15-year-old girl from Metro Detroit was sent to juvenile detention at the end of the school year for not completing her online school assignments during the COVID-19 pandemic.

ProPublica reported Tuesday that the 15-year-old from Beverly Hills attends Groves High School in Birmingham and had her probation revoked by a judge in May after repeated violations of her probation.

ProPublica identifies the minor as Grace (her middle name) and says she has a learning disability and struggled when Groves switched to remote learning. She previously was put on probation on charges of domestic violence and theft, with conditions that included she attend school and complete her homework. That was in April, by which time all schools were closed due to COVID-19 and remote learning was in place.

The court hearing was held on April 24 and, a few days later, Grace, who has ADHD and receives support services, contacted her caseworker, Rachel Giroux, and she felt overwhelmed and had overslept while feeling anxious about the probation requirements ProPublica reported. Her mom also said she was anxious and both were working on a schedule to get Grace on task.

“Worker told mother that child is not going to be perfect and that teenagers aren’t always easy to work with but you have to give them the opportunity to change,” according to case progress notes that ProPublica obtained. “Child needs time to adjust to this new normal of being on probation and doing work from home.”

Five days later, Giroux learned Grace had fallen back to sleep after her morning check-in and filed a violation of probation against her. Grace said she was trying to do what she was asked to do and had checked in, followed every law, and complied with the other requirements of her probation.

Giroux moved forward with the violation of probation before contacting her teacher to see how Grace was progressing. Three days after filing the violation, ProPublica reports she asked the teacher: "Is there a certain percentage of a class she is supposed to be completing a day/week?”

According to ProPublica, her teacher, Katherine Tarpeh, told Giroux that Grace was "not out of alignment with most of my other students.” She added that Grace was "trying to get to the other side of a steep learning curve mountain and we have a plan for her to get there.”

On May 14, when the Oakland County courthouse was hearing only 'essential emergency matters', ProPublica reports it heard Grace's case in person in the courthouse and was the only one that day.

The prosecution called Giroux who acknowledged she did not know what type of educational disabilities Grace had and did not answer a question about what accommodations she would need. Her assessment that Grace hadn’t done her schoolwork was based on a comment her mother made to her teacher, which Charisse testified she said in a moment of frustration and was untrue, ProPublica reported.

Tarpeh could have provided more information about Grace's needs and was going to testify but had to leave the hearing to teach a class.

Grace and her mom both said that the transition had been difficult but she was getting better at it. She said she just needed time to adjust - but Judge Mary Allen Brennan said that wasn't enough.

“She hasn’t fulfilled the expectation with regard to school performance,” Brennan said as she sentenced Grace. “I told her she was on thin ice and I told her that I was going to hold her to the letter, to the order, of the probation.”

She was sent to juvenile detention and led out of the room in handcuffs and was ordered held at Children's Village in Oakland County.

Grace is black in a community where the overwhelming majority of residents are white. In the past five years, 42 percent of cases referred to Oakland County court have involved black youths even though only about 15 percent of the county's youth are black, ProPublica reports.

“I spoke with the Judge this evening. While there are many more details that she is unable to share with me and the public to protect privacy of the minor and their family, I believe a review of this case within her court or during an appellate process is required. It has been a top priority of my administration to keep the young people and employees safe at Children’s Village during the pandemic and that includes limiting residency to immediate safety risks.”

And her detainment came even as Michigan officials and others urged that young people be released from juvenile facilities during the pandemic except in the most serious cases.

The news outlet co-published the story on Tuesday with the Detroit Free Press and Bridge magazine.

Read more on this story from ProPublica here.