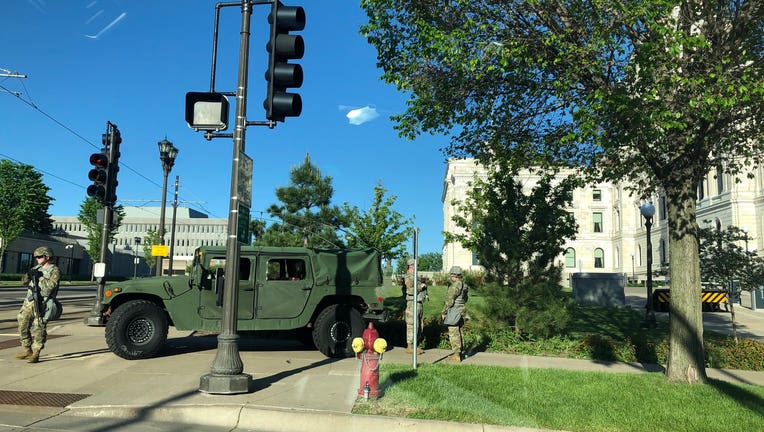 National Guard soldiers set up near the Minnesota State Capitol on Saturday.

ST. PAUL, Minn. (FOX 9) - The National Guard has begun moving into the Twin Cities on Saturday as the state readies for another night of expected unrest.

State officials say National Guard soldiers and airmen are continuing to mobilize Saturday evening. By the end of the night, leaders expect 2,700 members in metro to help control crowds.

The governor says crews will use air surveillance Saturday to help mobilize and respond to hotspots. Throughout the evening, FOX 9 crews spotted military helicopters in the air around Minneapolis.

We've also spotted military vehicles moving towards the Twin Cities and set up in locations including near the State Capitol.

State leaders have shut down major highways in Minneapolis and St. Paul including I-94, I-35W, I-35E, 394 and Highway 55 for the night in anticipation of unrest.

Curfew goes in effect for both Twin Cities starting at 8 p.m. Leaders are urging everyone to go home at that time and warning anyone still out will face arrest.