GLENDALE, Ariz. - A Glendale mother is still searching for answers after her autistic daughter went missing in 2019.

15-year-old Alicia Navarro hasn't been seen since leaving her home near 45th Avenue and Rose Lane back on September 15. Her mother, Jessica Nunez, believes she was lured away by someone she met online.

Nunez reached out to the group Somos Independents to help with the search.

The Mexican-American, Latino led organization insists that more needs to be done to find Alicia.

"I have no answers. I have pretty much just pending investigation," said Nunez. "But I need more. I need to know, where is my daughter? There's no way that someone can go missing.. without a trace. I just don't believe that." 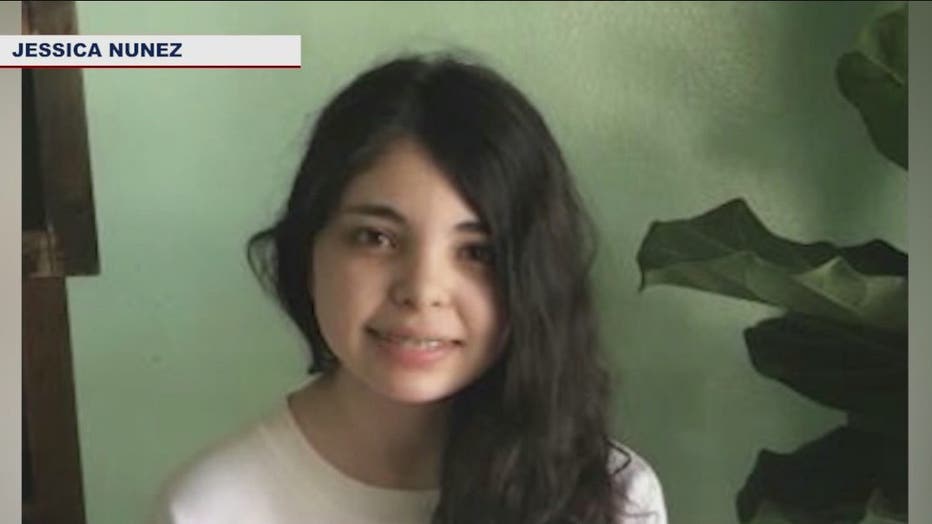 Co-founder of Somos Independents DeeDee Garcia said, "But also the FBI. The Glendale Mayor, Jerry Weiers, where is he at? Where is Ian Hugh the city councilman? This mom is at the end of her rope esentially. And she doesn't know what else to do."

The group is now calling for Glendale police to release Alicia's last cell phone ping. They say that information could narrow their search.

Alicia is described as Hispanic, 4' 9" tall, weighing 89 pounds, with brown eyes and black hair. If you have any information about her whereabouts, please call Glendale PD: (623) 930-3000 or the National Center for Missing and Exploited Children at 1-800-THE-LOST.

Glendale PD recently participated in a podcast about the case:

Alicia Navarro's family continues to look and spread the word, hoping someone can help bring her home safely.

Alicia Navarro's mother keeps a candle lit next to her missing daughter's picture. She says it's a symbol of hope.

The Arizona Department of Public Safety has issued a Silver Alert for a missing 14-year-old girl with autism.