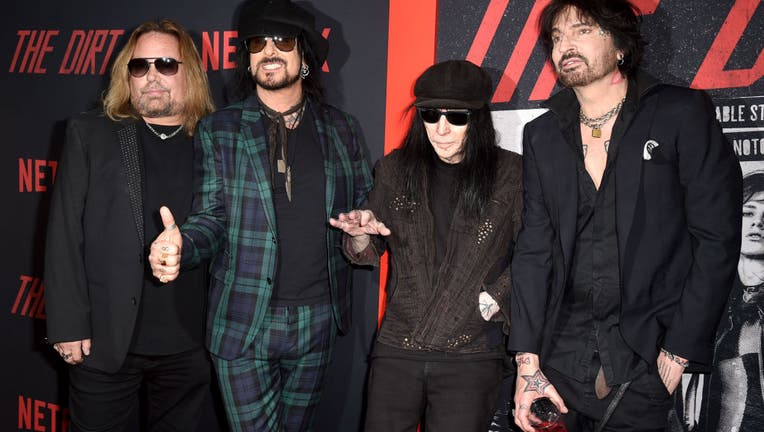 LOS ANGELES - Heavy metal superstars Mötley Crüe signed a contract before their farewell tour stating they would never play another show after the last, stirring notes of their smash-hit power ballad “Home Sweet Home,” which rung out over the crowd in Los Angeles, Calif. on December 31, 2015.

However, the band’s co-founder and main songwriter, Nikki Sixx, said at the time that the alleged contract had one major caveat: Mötley Crüe would never perform live again, unless they all felt like it.

“The only loophole is if all four band members agreed to do it, we could override our own contract. But we know that will never happen,” Sixx told Rolling Stone.

Fast-forward five years, and it sounds like it's about to happen. The band is reportedly eyeing a stadium tour with fellow hair metal legends Def Leppard and Poison, according to Rolling Stone.

An email to Nikki Sixx’s rep for comment on the report was not immediately returned.

Citing sources and a now-deleted Twitter post on the band’s official account that shared a fan’s petition to get the band back on the road, the rock publication said the groups will play a triple bill starting next year.

No strangers to controversy, Mötley Crüe found themselves back in the news this year when Netflix aired the movie based on the band’s scandal-packed autobiography, “The Dirt.” While the film was a hit for the streaming service, the band found itself having to answer for passages from the 2001 book on which it was based that described them sexually assaulting a fan.

In the book, Sixx stated that he had taken advantage of a woman at a party along with another member of the band. However, Sixx subsequently claimed that the story was “possibly greatly embellished” or outright “made up.”

“The book was written in 2000 during a really low point in my life. I had lost my sobriety and was using drugs and alcohol to deal with a disintegrating relationship which I still to this day regret how I handled...I honestly don’t recall a lot of the interviews with Neil,” Sixx told Rolling Stone.

Mötley Crüe was founded in Los Angeles in 1981 by Sixx and drummer Tommy Lee, and after adding guitarist Mick Mars and singer Vince Neil, rose to fame with multiplatinum  albums like “Shout at the Devil and “Girls Girls Girls.” Their last studio LP, “Saints of Los Angeles,” was released in 2008.

Get updates on this story from FOX NEWS.